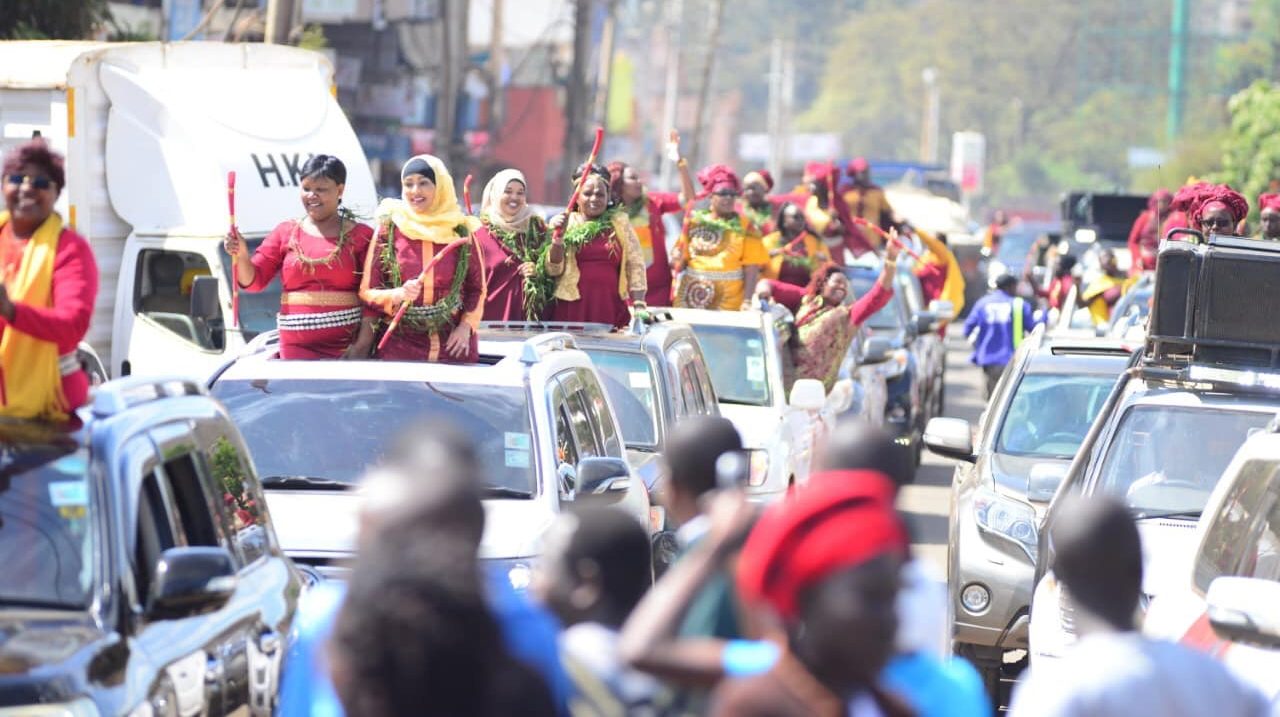 WAJIR—A group of legislators from across the country and diverse political parties under the umbrella of “Inua Mama” are set to make public rally in Wajir on Friday, two days after the releases of  the Building Bridges Initiative (BBI).

They are expected to make their feelings public for the first time since the release of the report on Wednesday at the Bomas of Kenya.

BBI was the highlight of the 2018 handshake between Uhuru and Raila in the heat of the disputed 2017 General Election that was already degenerating into violence.

Inua Mama is an alliance of women MPs and senators reportedly allied to Deputy President William Ruto who previously rejected the end-game of the Handshake, terming it a scheme to block theRuto from ascending to power.

They have previously vowed to oppose a proposed referendum under BBI saying it will be used to create positions for a few individuals.

During the BBI report at the Bomas of Kenya, leaders allied to Ruto protested against “being sidelined by the facilitators of the event.”

At one point, Senate Majority Leader, Kipchumba Murkomen accused the event orgernisors of ill-intention, saying the selection of speakers was designed to suppress pro-Ruto leaders.

“We are leaders and also citizens of this country…nobody can stop us from expressing our thoughts,” Murkomen said. His statement was met with jeers from the delegates and it was only intervention from the Garissa senator, Yusuf Haji that cooled the flaring tempers.

Outside the venue of the report launch,  Kandara MP, Alice Wahome similarly complained about “oppression.”

However, on Friday the outspoken legislator and her team of Inua Mama brigade will get an outlet to vent out their piece of mind during the Wajir rally at Orahey ground. The group will be hosted by nominated MP, Nasri Sahal.

Inua Mama is a group of female MPs and senators from across the country who made several visits to different parts of the country for development projects such as aiding women and youth groups with equipments and accessories for empowerment.

Nasri Sahal told Kulan Post that although the event is meant to help the youths and women, it would be impossible to prevent politicking.

“Our mission as Inua Mama is to help the vulnerable; that’s why it’s a sort of merry-go-round where every legislator contributes sh100,000 weekly to the kitty, but how do you detach politics from a politician?” Nasri posed.

Tomorrow’s rally will also offer a sneak peek into what the “Tangatanga” brigade have in mind ahead of public debate about the report.