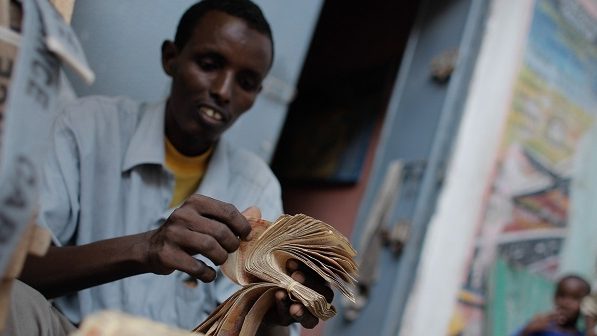 NAIROBI—Clad in Macawis and oversized shirt,  Mohamed Suleiman, a father of 6, looks visibly frustrated man. His cousin who lives in the United States informed him a week earlier that he won’t be able to send his routine monthly remittances due to job cuts caused by the global health crisis as a result of the COVID-19 pandemic.

With nowhere to work, Mohamed has no way of earning decent living for his family save for the little food donations he occasionally receives from the numerous non-governmental orgernisations at Kukuma Refugee camp in North-West Kenya.

Mohamed and his family are  among thousands of refugees in Kenya bearing the brunt of the global health crisis due to dramatic decline in remittances occasioned by job loss in most western countries where Somalis relocated to from the early 90’s as emigrants.

The refugees—who are already grappling with myriad of life challenges—are now facing tough times as family members in the diaspora almost cut-off the financial support that support nearly every family in Daadab and Kakuma refugee centers.

A huge number of Somali diaspora community with menial jobs in the western countries have been extensively affected by the pandemic, denying them the ability to financially continue supporting their refugee families back in Kenya and Somalia. The remittance is a lifeline that sustains more than 40% of families in Somalia and refugee centres in Kenya.

Majority of Somali refugees in the Kenyan capital, Nairobi rely on financial support from relatives abroad to sustain their lives. But for the last five months, the situation has been difficult for many of them, leading to frustration and financial crisis.

Most refugees we spoke to expressed a degree of deep concern since they rely on the financial support from their loved ones in abroad to cover basic needs like food, water, health care and education costs, but the effect of the COVID-19 on the world economy had impacted the vital lifeline.

Somali money transfer operators reported on late April that remittances have already dropped substantially since the onset of COVID-19, due to economic pressures on members of the Somali diaspora.

“As unemployment and underemployment figures soar in the US and elsewhere, including in the Somali diaspora, that economic crunch is then being felt in Somali households that depend on regular payments from their families abroad, just as they need it most,” Oxfam said in statement.

Osman Jeylani , a father of nine , is an urban refugee who lives in Eastleigh, Nairobi.  He said he never experienced such difficulty since crossing over the border to settle in Kenya as a refugee.

“The effect of the Coronavirus has on the global economy is nothing compared to what it caused on the refugee community in Kenya,” he said, adding that the pandemic crippled his source of income despite raising eight children with no alternative source of livelihood.

“We used to get financial support from our kins in diaspora and that source has been cut off by the effects of the Covid-19.

“For us, it is a disaster that’s proportionate of what we experienced 30 years ago when the civil strife started in Somalia and had to flee,” Jeylani observed.

Most of the urban Somali refugees are in constant fear of harassment from the police because they can’t afford a compulsory face mask. Failure to don the face mask attracts a fine of $200.

“We can’t afford a face mask or even hand sanitizers. We are frustrated and out of option,” Nurta Hussein, a refugee residing in Nairobi told Kulan Post. She added that the effect of the pandemic exposed the soft underbelly of the urban refugee in Kenya.

“Some of them (refugees) suffering from health conditions such as asthma, hypertension and diabetics are living with constant fear of infection coupled by the government’s constant insistence of the neighborhood recording relatively high infection,” she added.

The aftermath of the global pandemic has similarly affected the Hawala agencies who complain of cash shortfall. Not only do many Somali in diaspora have less money to send, but many are still unable to send home even the reduced amounts they can afford due to preexisting and prohibitive banking restrictions.

“Due to the lockdowns, curfews and closure of businesses, we are running without liquid cash due to the crisis in Europe and Americas,” director of Iftiin Express, Hussein Mohamed Maalim, told Kulan Post.

Mohamed Abdi Affey, UNHCR Special Envoy for the Horn of Africa said the effects of Covid-19  on refugee communities in the Horn of Africa “is unprecedented.” He expressed concern over the future if the situation persists without strategic roadmap.

“The current state of the refugees in Kenya’s Dadaab camps is worrying as a result of the rising Coronavirus-related cases in the camps,” he said.

At Daadab so far, the camp recorded 11 confirmed Covid-19 cases, as confirmed by Abdullahi Ali Aden, head of the facility.

Some of the refugees in the Dadaab refugee camps do not believe that the disease is affecting Muslims, a concern among health officials who have to go an extra mile to rubbish the claim.

Mohamed Abdi, UNHCR’s representative for refugee operations in the Horn of Africa noted that if the situation of the refugees continue unattended to, the number of casualties affected by the COVID19 virus will increase.

“Generally, the pandemic is causing anxiety among the vulnerable refugees but they are still denying that the deadly infection is real,” Aden observed.

Scott Paul, Oxfam America’s Humanitarian Policy Lead stated that across the US and around the globe, Somalis are working hard to support their families back home. “Sadly, many have fewer resources to share today, and because of the US government’s irresponsible approach to bank regulation, banks have been scared away from helping Somalis send what they can,” he said.

He added that: “Now more than ever, the Treasury Department in the US and governments elsewhere need to take urgent action so Somali families can pay for rent, food, medicine and school fees as COVID-19 spreads.”

As the the World Health Orgernisation predicts no end in sight for the pandemic, Somali refugees have nothing else but to clutch on to hope that all will return to normal.