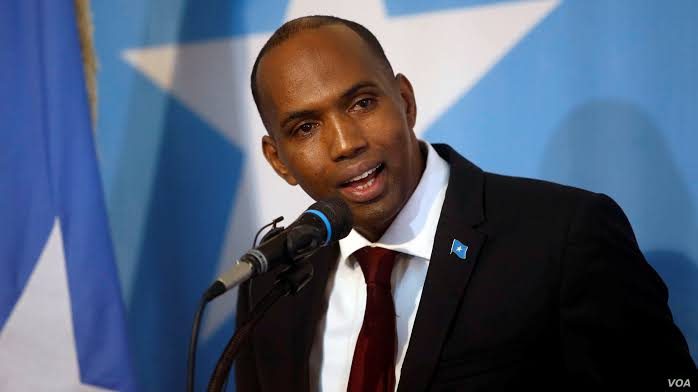 DOHA—Somali Prime Minister Hassan Ali Khaire said his country is keen to open doors for investors and provide a safe investment environment, in addition to strengthening the country’s business sector.

Khaire said, at a Doha Forum session, that Somalia has reopened channels of communication with international financial institutions and opened the doors for investors

He pointed out that the government intends to develop a strategic plan to take advantage of the lessons recorded by the Somali business sector during the period of the disintegration of institutions in the country.

He pointed out that the Somali business sector was able to withstand during the past years despite the disintegration of all official institutions, and was the only sector that has been operating throughout that period to form the backbone of the state, for 30 years, the business community alone has been able to access all areas of Somalia, he added.

The Somali PM noted that this experiment imposed itself and stressed the importance of this sector playing a role in formulating political solutions. Adding that there are two strategic elements that contributed to the survival of the private sector, namely wealth and trust, and that the breakdown of Somali institutions was due to a lack of confidence and the government’s inability to generate wealth.

He emphasised that the current focus is on the comprehensive reform plan, with a focus on the economic reform agenda based on enabling financial institutions, reforming the central bank, empowering the business community, creating jobs and developing infrastructure, to attract international investment institutions.

Khaire pointed out that the efforts made by his country three years ago to create an environment that enables the private sector to unleash its capabilities, through the adoption of important legislation such as the laws of public financial management, communication, investment and revenue and the anti-corruption law in order to attract investors to Somalia.

He also pointed to the promising investment resources and sectors in Somalia, especially in the sectors of agriculture, livestock, mineral, oil and marine fishing, and others.

The Somali PM, in his speech, praised the topics raised by Doha Forum. The dialogues taking place at that forum underscored the global interdependence of this era and the nature of the common challenges facing the world, he added.

Related Topics:Featuredsomalia news
Up Next