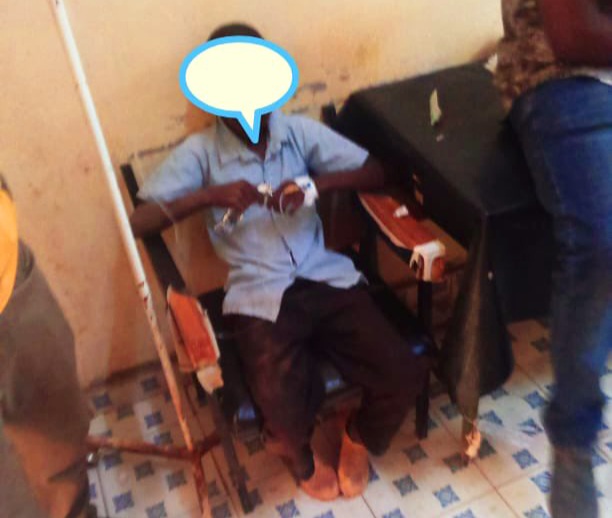 WAJIR—Ismail Adan, a 10-year old pupil at Eldas Primary School is receiving medication after he collapsed while in class three days ago. His mother said Ismail did not take any food the previous three days.

“I have seven children. Their father has not been around for quite sometime because he took the few remaining goats to a village nearby where water and pasture is available,” Dahaba Omar Ahmed, Ismali’s mother, told Kulan Post over the phone.

After the incident was shared on social media, well-wishers came to her aid. Mama Dahaba said she has since received enough ration for a week and shared the surplus with her neighbours.

Asked why she did not raise the alarm before her son fainted due to starvation, she replied: “I am too ashamed to ask help from people. If I receive it, I will be grateful, but I pray the Lord comes to our rescue.”

Abdi Abass, the headteacher of the school said more pupils at risk of dropping out of school due the ongoing drought.

“This (issue) is not exclusive to our school. It’s the drought that’s causing and we fear the worst is yet,” observed Abdi, adding that the school did not receive it’s quota of the school feeding programme for the term.

Siyad Jimale, a youthful politician told Kulan Post that the Eldas Primary case is only the tip of the iceberg.

“Since the case poured onto the social media, we made few calls to help the affected family, but that’s not enough,” Siyad noted. He called on the county government and the national government to fast-track the delivery of relief food to the needy victims.