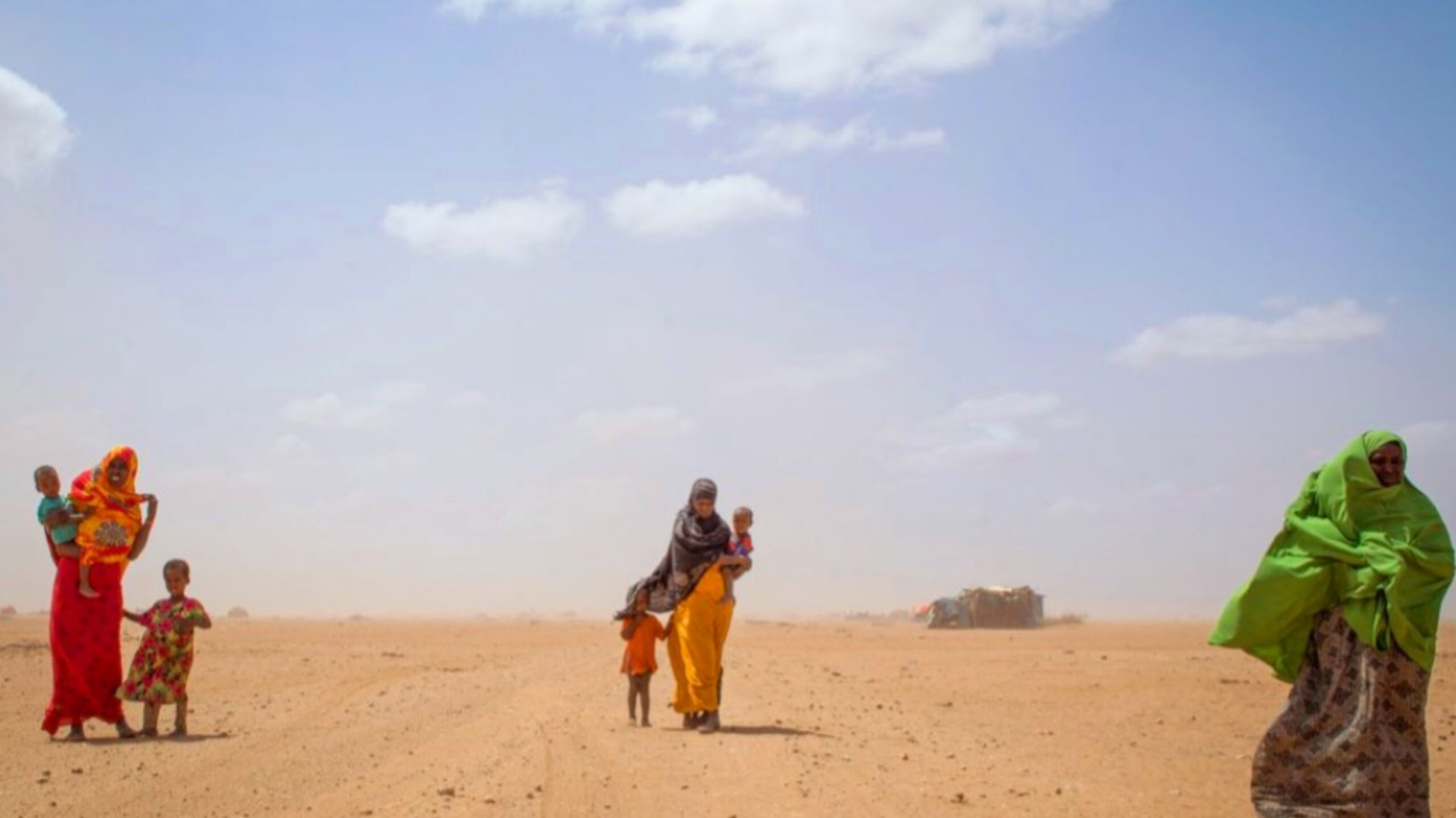 The three counties of North Eastern Kenya are facing a bleak future in spite of the devolution project and the huge resource potential at its disposal.

While devolution has spurred on other counties, and they are looking up as we enter into the second decade of devolution, Wajir, Mandera and Garissa are stuck in a rut thanks in large part to a leadership that has insulated itself from reality and whose every action is a peek into the forgettable past.

With the experience of the last 10 years, there is little indication that some radical change will this time round happen to suggest that the next 10 years will be different.

It is worth remembering that the three counties have collectively received a total of between Sh350 billion to Sh400 billion in the first decade of devolution but there is nothing tangible to show for it.

The funds, drawn from the equitable shareable revenue, own source revenue, conditional grants from both the national government and the multi-lateral donors and It is estimated that this support will rise to between Sh400-Sh500 billion in the next 10 years of devolution, ending in 2032.

As the country enters the second decade of devolution there is concern on whether the cycle of bad leadership can be cut off or it will be business as usual even as more billions are expected to pour in.

Signs are that nothing is bound to change, at least in the short term. But many things are looking up for the region, which if taken into account, could put the region on the path to transformation.

For the first time in its history, the region has an endless reservoir a highly educated and experienced human resource that if exploited to the maximum may bring the much needed change.

A sizable number of its Sons and Daughters have retired from Public, Private and International Services and are at the beck and call of the Governors who are interested in tapping into their experience for the benefit of the region.

We have a former Executive Director of the Intergovernmental Authority for Development (IGAD) and another who was Director General of Universal Postal Union Switzerland. We have former Cabinet Ministers, Principal Secretaries, Ambassadors, Managing Directors/CEO not to forget politicians and other professionals.

The pool is not only huge, diverse but also readily available to offer their expertise which can help turn round things in North Eastern if they are given a chance.

Added to this is the undeniable fact that the region is endowed with vast NaturalResources that, too, can transform the area if properly exploited.

There is a huge source of water starting with Tana River which cuts through in Garissa Township, Dau River in Mandera not to forget the rich Merti water aquifer which extends from Arbajahan-Hadado- Habaswein- Sabuley (Wajir) – Dadaab, Liboi (Garissa) to Jubaland in Somalia.

The long border with Somalia and Ethiopia is of strategic value for both the region and the country as it can boost commerce and trade, we also have other Resources e.g.,Solar/ Wind energy, Minerals and Gemstones among these three countries for the benefit of Northern Kenya.

Despite these unlimited opportunities, the three counties are entering the second decade of devolution with little expectations and the same old problems of marginalization because of a rudderless leadership that has failed to capitalize on these opportunities to start the path towards transformation.

Underdeveloped remains the buzzword here, despite the billions sunk in. There is the scar of the pending bills and an unsustainable wage bill that are the poisoned chalice that risks shackling the region into the doom of backwards for many years to come.

Wajir County has a whooping Sh4 billion in pending bills and a staff of 4, 500 members, most of them unnecessary. The situation is not dissimilar in Garissa and Mandera, which has accumulated in the last 10 years, also with dozens of Advisors who add no value to the county.

Usually, the pending bills are above the allocated equitable share for the county and therefore an over–expenditure which is criminal as per the Public Finance Management Act.

Unlike allocation to the National Government agencies, the County portion of County Funds are constitutional and must be disbursed although there have been reports of delays in disbursement, and therefore there is no justification for this outrageous status in pending bills.

Lack of imagination on the part of Governors has turned the devolved units into Employment Bureaus thereby sinking the counties further into financial morass.

In this human resource conundrum, little consideration is directed to budgetary allocation or even the need for such manpower, opening up the counties to the vagaries of a bloated wage bill which is not only unmanageable but has ended up eating into development budget.

In this second decade, this trend must be halted as there can be neither growth nor development where priority is on paying salaries, a huge chunk which goes to a needless staff.

Closely with the problem of huge staff is the structure of County Government. The Departments created by Governors are not in line with priorities of the communities; which is why devolution was conceived in the first place.

In the case of North Eastern counties and all others, priority should be on a lean structure with focus on issues that are germane to the people. A maximum number of departments should be FIVE and should be based in the unique social, cultural and economic needs of a region.

These five should be the only departments for the three County Governments for their next 10-year plan.

All other departments e.g. Finance, Road, Trade, Cooperatives etc should be converted into Directorates headed by a Director who should be domiciled in the Governor’s Office.

On the other hand, County leadership positions should be distributed in a balanced manner; taking into account all the interests in a county. This is important in promoting inclusion for social cohesiveness.

Where in other parts of Kenya, the traditional social organization is territorial, in North Eastern, things are different. The Somali Community’s Social Organization is based on Clannism.

For example, while Siaya Governor James Orengo will share positions of his government by distributing them to the Six Constituencies in the County, that is not the case in the North.

Orengo, who hails from Ugenya is the Governor, Oburu Oginga, the Senator, is from Bondo, while the woman rep Christine Ombaka hails from Gem constituency and all the CECs positions are distributed to the constituencies in Siaya County.

In Wajir, for example, all the top County Positions were taken up by one clan, leaving others out, which is a sign of trouble.

The Governor, Senator, and the Women Representative hail from the same clan. So is the case for the holders of the Speaker, Majority Leader, the County Secretary, CEC Finance and even a number of CECs come from the above clan.

Other majority clans and sub-clans which reside in the county are nowhere and this is hardly the way to move forward, especially considering the history of the past.

This is unfortunate and dangerous. It has never happened much as it is a foreign tradition to the people of Wajir.

It is like planting crops on a steep hill knowing that the crops will be easily washed away due to lack of stability when the rains come.

And therefore, the North Eastern counties, and Wajir in particular, this political formation will be washed away sooner rather than later. It is upon the people of Wajir to challenge the county leadership using all legitimate means, whether through dialogue, county or national government and as well as legal methods.

We need, as the people of North Eastern, to critically participate in Planning and Budget making at the Counties and interrogate the proposals contained in the 2022-2023 budget.

As we are aware the National Oversight Agencies mainly focus on Post Expenditure Audit. This does not offer much help as it takes long to conclude when the damage is already done.

We can explore the possibility of a Social Expenditure Audit Model which happens before or during expenditure.

Members of the Wajir County Assembly are on the spot over what the residents say is wastage of public resources at a time when close to half-a-million people are on the verge of starvation due to the biting drought. #Wajir https://t.co/uBZwiHpzrM

For example, Wajir County leadership has just concluded a workshop at a high class hotel in Mombasa which has costed millions of shillings in term of hotel expenses, travelling etc. In fact this can be done in Wajir at zero cost coming at a time when the people of Wajir are starving for lack of food and water during this period of drought and famine.