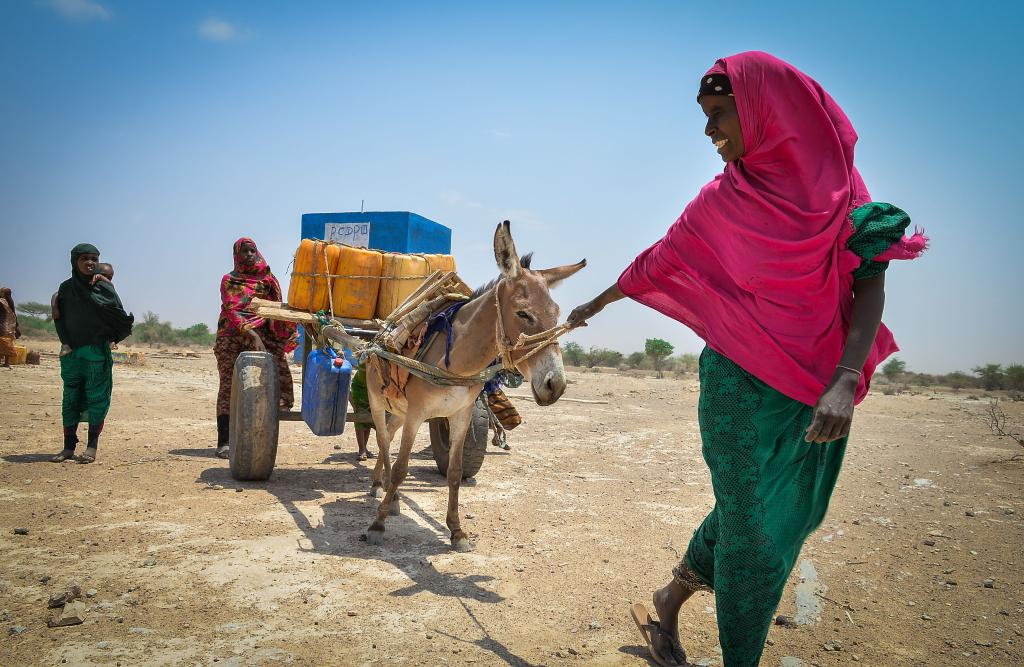 MOGADISHU—More than 2.8 million children across the Horn of Africa and the Sahel are already suffering from severe acute malnutrition and could die in disturbing numbers unless urgent support is provided, the United Nations children’s agency, UNICEF, warned on Tuesday.

“The only way to stop this crisis is for governments, donors, and the international community to step up funding to meet children’s most acute needs, and provide long-term flexible support to break the cycle of crisis,” Russell said in a statement issued in Nairobi, the capital of Kenya.

UNICEF said the number of drought-hit people in Ethiopia, Kenya, and Somalia without reliable access to safe water has risen to 16.2 million from 9.5 million in the space of five months, meanwhile children in the Sahel are also facing extremely high levels of water vulnerability.

According to Russell, history shows that when high levels of severe acute malnutrition in children combine with deadly outbreaks of diseases like cholera or diarrhea, child mortality rises dramatically and tragically.

“When water either isn’t available or is unsafe, the risks to children multiply exponentially. Across the Horn of Africa and the Sahel, millions of children are just one disease away from catastrophe,” she said.

It said most people in the Horn of Africa rely on water delivered by vendors on trucks or donkey carts, noting that in areas worst hit by drought, water is no longer affordable for many families.

UNICEF said 23 counties in Kenya have seen significant price hikes topped by Mandera at 400 percent and Garissa (both in the northeastern region) by 260 percent compared to January 2021.

It said the cost of water in June has doubled in Ethiopia’s Oromia and increased by 50 percent in Somalia compared to the onset of the drought in October 2021.

In Somalia, UNICEF said, average water prices climbed 85 percent in South-Mudug, and 55 and 75 percent respectively in Buurhakaba and Ceel Berde, compared to prices in January 2022.

UNICEF said its appealed to improve families’ long-term resilience in the Horn of Africa region and stop drought devastating lives for years to come is currently just 3 percent funded.

“Of that, almost no money has been received for the section devoted to water, sanitation, and climate resilience,” it said.