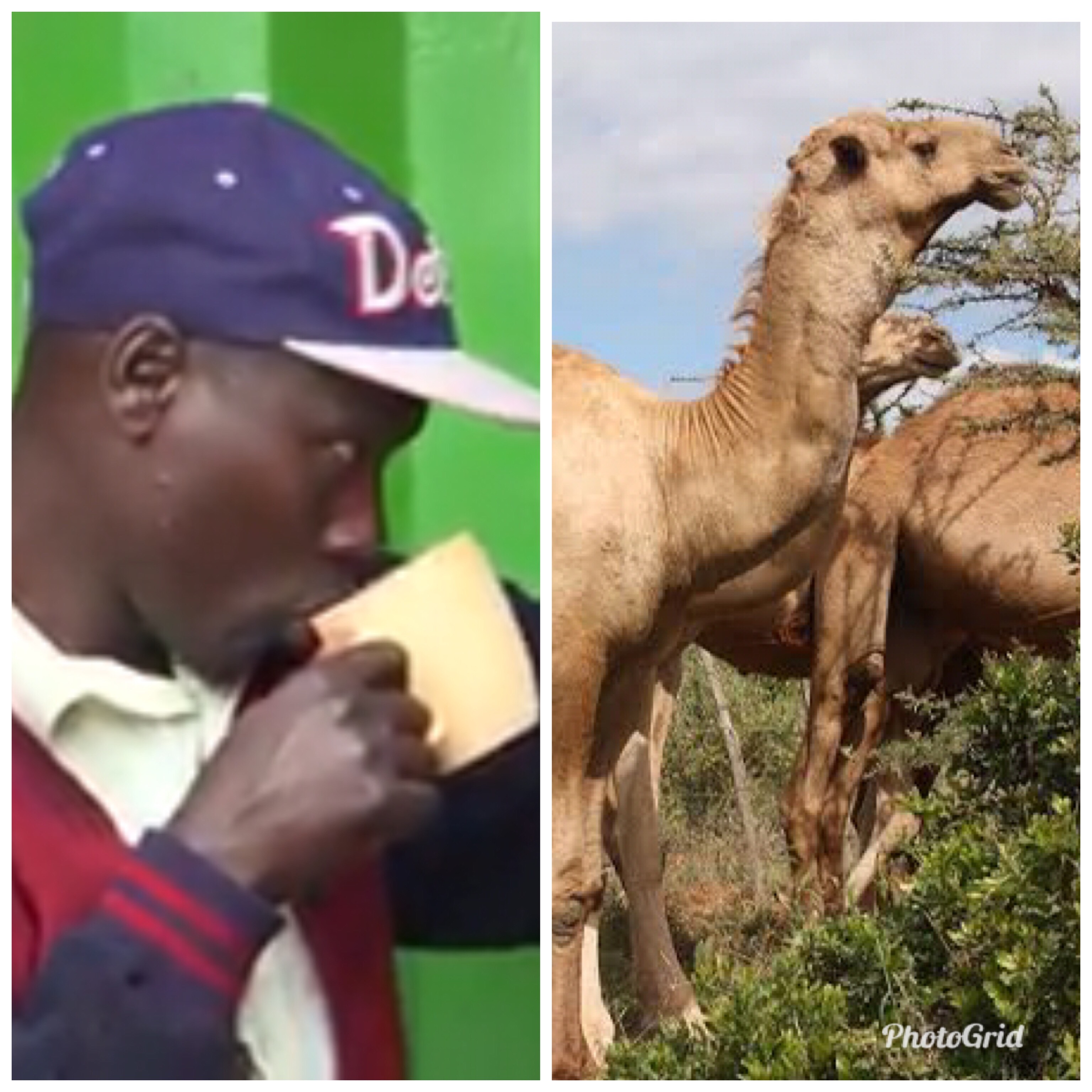 KIAMBU—There’s growing camel soup craze in Limuru town, Kiambu County. The craze is fueled by the believe that the soup improves libido and fertility in a county where childbirth has drastically decreased over the last decade due suspected alcoholism and drug abuse.

Everyday at noon, men aged between 20-50 years gather at Kuhoma Cafe to drink their  “daily dose” of the soup, all in the hope that it will help them with their sex life.

Limuru is a town of about 7,000 people—mostly farmers—and Lornas Njoroge, the owner of the Kuhoma Cafe told Kulan Post that her business started making profit when she introduced selling camel soup.

“I have never seen a camel until I become of age and I, just like millions of Kenyans, used to despise the animal. But now, I realized the milk and soup of camel is medicinal,” Lorna, 32, said at her makeshift eatery in central Limuru.

Most of her clients are men, but Lorna stated that even women are becoming part of her ballooning customer base.

“They (women clients) take it to their husbands and boyfriend,” Lorna added.

Micheal Njoroge has been a customer at Kuhoma Cafe since 2017. He revealed that the soup is effective in improving libido.

“The day you take the (camel) soup, you feel that you are prepared to meet your wife,” he said, adding that most men find refuge in the soup due to fear of ridicule if they seek medical attention and their condition leaks.

One of Lorna’s customers, Peter Ndungu, a goat merchant in Limuru, said he learnt of the soup through a friend a few weeks ago and decided to give it a try .

“I am now a champion in bed, thanks to the maandachu soup,” Ndungu said. He has become a loyal customer, as are most of his friends in the goat market.

“My wife had to ask me what I have been taking after a marathon in the bedroom. We are now very happy and close as a family. There is no scientific study to support the claim that camel soup has the ability to prevent infertility and improves libido.

According to 2014 Kenya Demographic and Health Survey (KDHS), central Kenya recorded the second-lowest fertility rate of 2.8, after Nairobi’s 2.7. Compare this with their neighbours in the eastern and Rift Valley areas, with 3.4 and 4.5, respectively.

However, the low fertility rates in central Kenya are not due to the drunken men: It is all about the sober women in the region who have made a personal and informed choice as to when to have children.

Back to Kahoma Cafe, Lorna is planning to double the supply of the camel bones from Isiolo town as more locals sign up at her eatery.