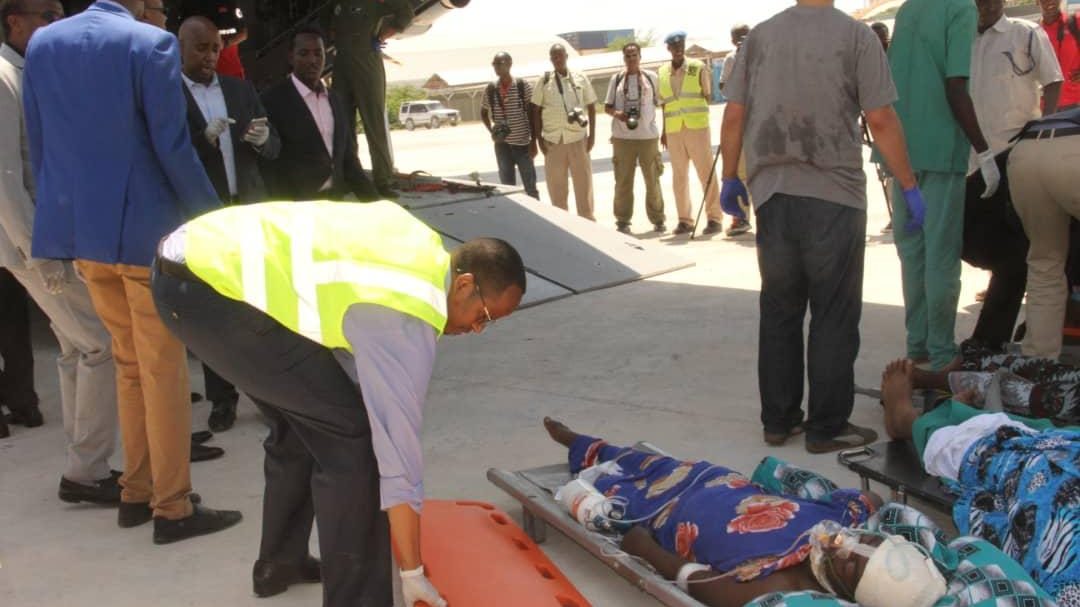 It’s two years since Somalia’s most devastating terrorist attack on October 14, 2017 in the capital Mogadishu that killed more than 600 people and left many others injured or missing. As we mark this sad anniversary and send heartfelt condolences, we owe it to the victims to ask questions on the city’s preparedness to effectively respond to disasters of a similar or worse scale in the future.

I was the Mayor of Mogadishu and Governor of Benadir region when the horrific attacks occurred and I vividly recall the crisis that Mogadishu was plunged into. I was among the first to reach the scene having passed the spot only 10 minutes earlier, heading to the office. We realized quickly that our limited disaster response capacity was simply no match to the disaster and we resorted to mass mobilization of the people to support the disaster response and support they did.

Two years down the line, I regret to note that the fundamental measures that are critically needed and were strongly recommended to strengthen the security and disaster posture and response of Mogadishu and the rest of Somalia to such disasters are yet to be implemented. I had begun implementing the measures while I was still in office but they were abandoned after I left.

This inaction by Federal and local authorities is leaving millions of people in a very vulnerable and precarious position considering that the threat of catastrophic terrorist attacks still hangs over our heads. Disasters may be unavoidable, but with planning and preparations, we can attempt to minimize their negative impacts.

For a start, functioning and adequate blood banks are yet to be operationalized despite the intolerable tragedy that their absence caused after the attacks. Many of the initial casualties rushed to various hospitals were not able to access emergency medical treatment partly due to the absence of adequate blood. Hospitals were also unable to cope with blood donations since they lacked blood storage capacity. The situation hasn’t changed much since then.

Equally neglected is the recommendation and need to establish emergency disaster centers in Mogadishu and around the country, complete with trained staff and equipment to speed up disaster response and save lives. When I was the mayor, I had started the process of setting up one emergency centre for every four districts in Mogadishu (there are 17 districts in the capital) but this initiative was not pursued further by my successors.

Thirdly, after the attacks, we had noted a compelling need to decentralize some elements of the security function from the Federal to the city authorities as part of a wider security sector reform to better prevent and tackle the terror threat. This strategy was built on a community policing approach that integrates the people on the ground into the security structure and decision-making to enhance local ownership and improve the working relationship between the security institutions with the citizens.

If this approach was fully implemented, we would see a greater readiness by the people to share valuable and timely information and intelligence about terrorist activities and plans. Unfortunately, the Federal government still maintains a tight hold of the security apparatus in Mogadishu despite the glaring failures of this top-down approach.

Mr Thabit Mohamed is the former Mayor of Mogadishu and Governor of Banadir Region. He is also the leader of the People’s Power Party.