A church in Homabay was turned into mosque 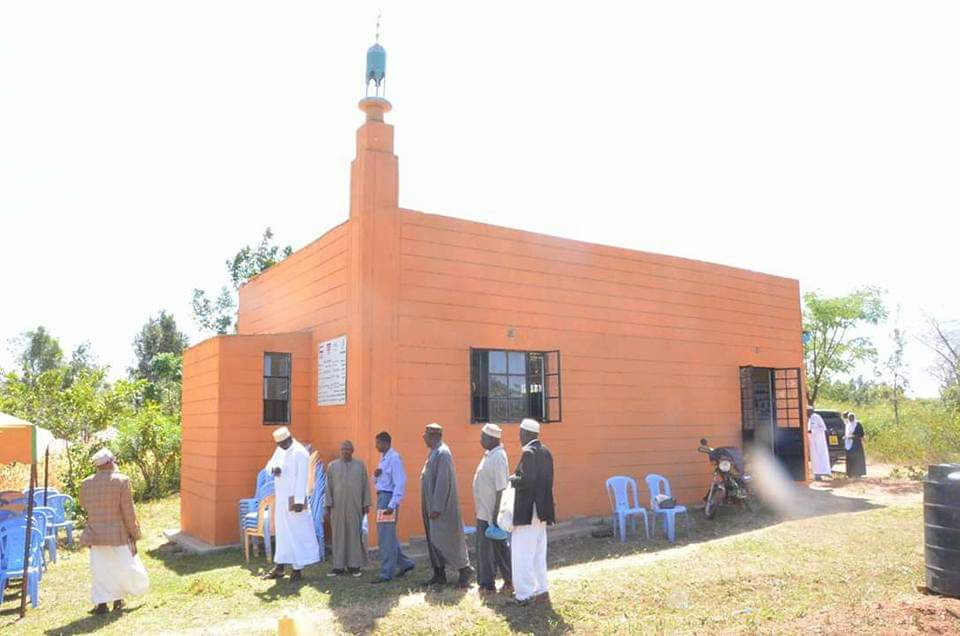 The former church building is now a mosque. (Courtesy)

NAIROBI—A church in Homabay is now a mosque after the pastor converted to Islam.

The presiding judge of the God’s CAll Church of East Africa, Charles Okwini accepted Islam and in place of the church, a mosque was built.

Jamia Mosque Imam Sheikh Muhammad Swalihu was the Chief Guest at the opening of the Nyalgosi Mosque in Rangwe, Homa Bay County on 14th February 2019.

The former church is now a Muslim. (Courtesy)

During the ceremony, five people among them a woman embraced Islam.The former Bishop now goes by the name Ismail Okwany.

The chairman of Majlis Ulamaa of Kenya, Sheikh Khalfan Khamis and representatives from Da’wa Development Group of Kisumu and Hayrat Foundation from Turkey were among the guests at the event.

It’s the first time a church was converted into a mosque.

Pastoralist leaders say community will support referendum in one condition