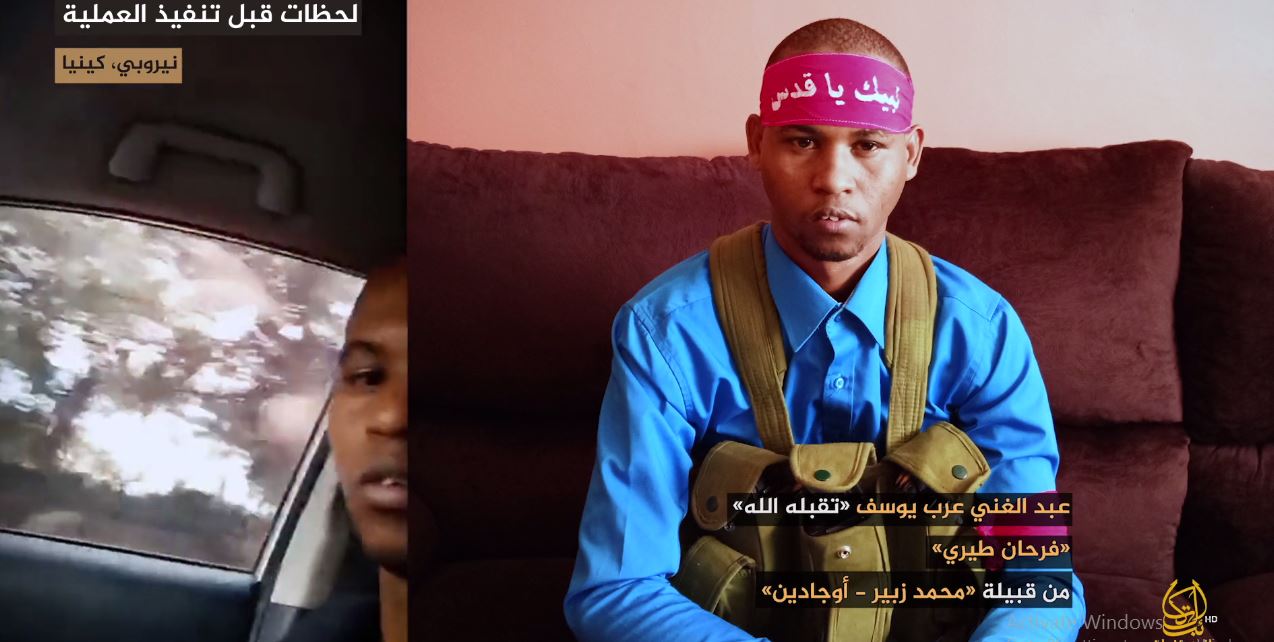 NAIROBI—A Somalia based militant group has released the names of fighters who carried out the Dusit attack on January 2019.

In a video Al Shabab released on Saturday, the group for the first time unveiled the identity of the fighters in the suicide mission.

The mission on the high-end Dusit hotel was planned and carried out by three Kenyans and two Somali nationals.

Two years ago, Al Shabab, the deadliest militant group in Africa, stormed the luxury hotel in Nairobi, setting off thunderous explosions and gunning down people at cafe tables in an attack that until two days ago was shrouded in mystery.

The mission was led by Ali Salim Gichunge  alias Abu Sakeena. Gichunge is from the Kikuyu community.

Osman Ahmed Hassan (Azzam). His citizenship was Kenyan from the Dagodia clan.

Maahir Khalif Riziki alias Jibril Simba was from Mombasa County. He carried out the explosion at the gate.

Al-Shabab — the Somalia-based group that carried out the 2013 attack at the nearby Westgate Mall in Nairobi that left 67 people dead — claimed responsibility for the carnage at the DusitD2 hotel complex, which includes bars, restaurants, offices and banks and is in a well-to-do neighborhood with many American, European and Indian expatriates.

The coordinated assault began with an explosion that targeted three vehicles outside a bank, and a suicide bombing in the hotel lobby that severely wounded a number of guests.

Kenyan authorities are yet to react the video.