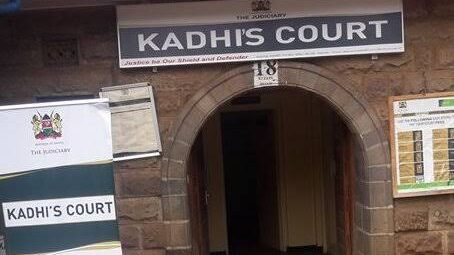 NAIROBI—The Council of Imams and Preachers of Kenya (CIPK) has proposed an amendment to the Kadhis Court Act to allow the Kadhis’ Court to adjudicate on matters pertaining to welfare of children in the Muslim community.

The proposal comes after a judge at the High Court ruled that the Kadhis’ Court has limited jurisdiction that does not include children’s matters.

“A dispute relating to children and their rights is not one of the disputes Kadhis’ Courts can hear and determine,” the judge ruled.

Speaking to The Friday Bulletin, the coun- cil’s national chairman Sheikh Abdalla Ateka pointed out that the problem of uncertainty of the jurisdiction of the Kadhis court over the children related cases is causing confusion and stressed that the Kadhi’s Courts Act should be amended and specifically the phrase “personal sta- tus” be defined clearly in the interpretation clause.

“Personal law which is among the areas of the Kadhi jurisdiction covers issues to do with children. This uncertainty has created doubt among the clients and other stakeholders on the jurisdiction of the court,” he said.

Sheikh Ateka further said that there is no express provision in the Children’s Act which affect the jurisdiction of the Kadhis court hence it is prudent for the Chief Justice to exercise his power under the children Act to appoint the Kadhis to handle children cases.

The CIPK Chair emphasized that Kadhis courts derive their mandate from the constitution and attempts to deny them to exercise their jurisdiction is unconstitutional. He further stressed on the need to have a Muslim representation on the Kenya Law Reform Commission to take care of Muslim interests in law reform process.

The Sheikh called for creation of aware- ness among the Kadhis, judges, lawyers legal academicians and other stakeholders on the role and mandate of Kadhis courts in children cases and why it is important to have the Kadhis courts to han dle cases of the children in the Muslim community.

He urged Muslims of the area to maximally utilize the Mosque through performing the daily prayers, engagement in Da’wah and other educational programme for both spiritual and social economic development and also take good care of the Mosque as well.

“I call upon Muslims to utilize the mosque properly through performing the daily prayers to enhance on your spirituality and knowledge,’’ Sheikh Musa said.

Sheikh Musa paid tribute to all those who supported the construction of the Mosque saying their contribution will go to great lengths in fulfilling the aspirations of Muslims in the area through provision of spiritual guidance and education.