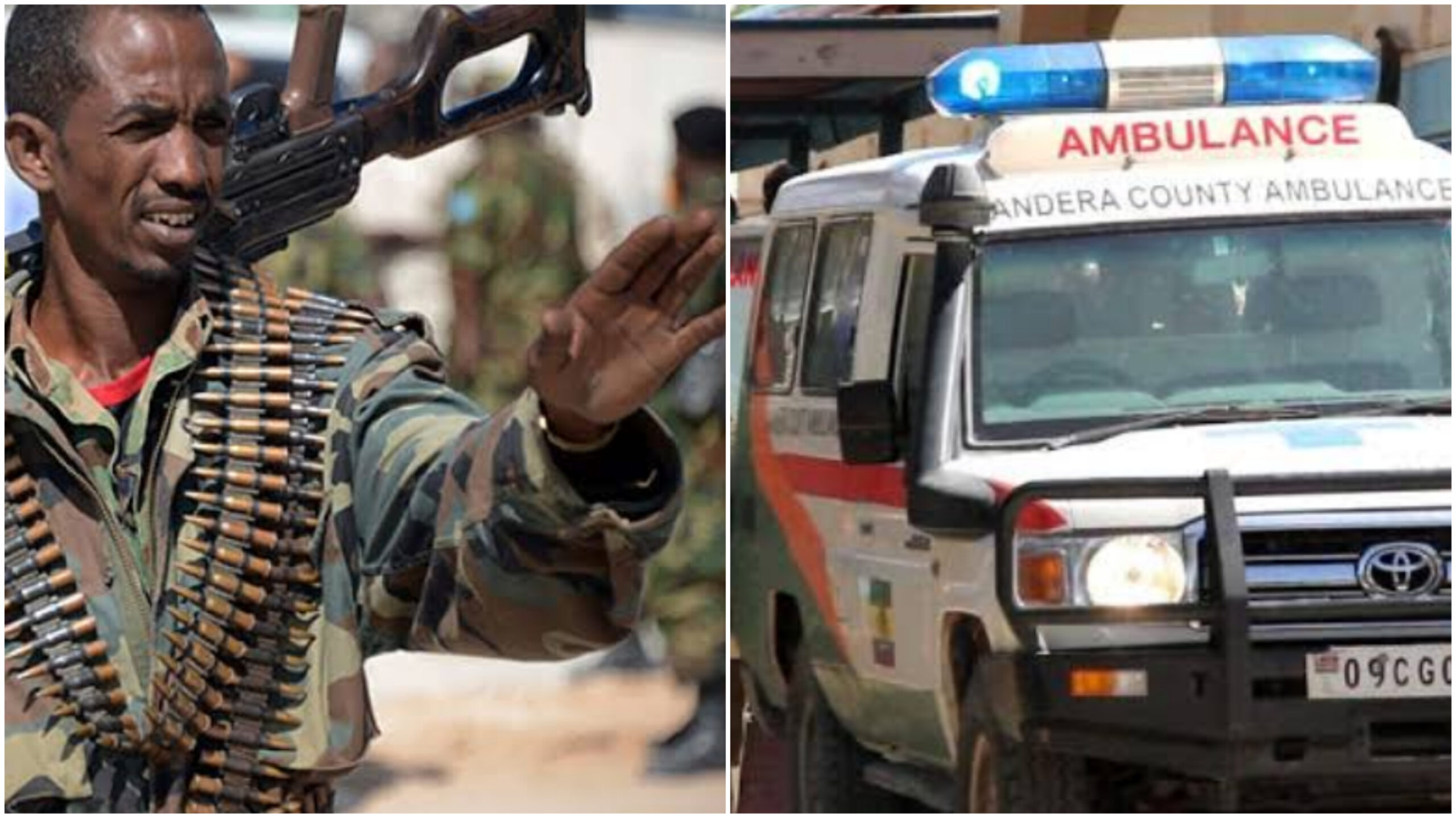 MANDERA—Suspected Al-Shabaab militants have earlier today reportedly intercepted an ambulance with four occupants including a patient. According to local reports, the ambulance belonged to the Lafey Sub-county hospital.

A paramedic, the ambulance driver and a patient and one of his relatives were on board at the time of the incident. Their whereabouts was unknown by the time of publishing this story.

Member of Parliament (MP) for Lafey Constituency, Mohamed Abdiker has condemned the incident and asked the government to speed up the recovery of the ambulance and the occupants as well as also restore peace and order in the area.

“We cannot accept Alshabab to rule over our people and intercept an ambulance that provides emergency services. I demand that the police follow it up and return the ambulance to Lafey,” Abdiker told Kulan Post on the phone.

While confirming the incident, Fatima Noor who’s the head of the county ambulance services said she’s since alerted the police.

“They were carjacked by suspected militia and driven towards Somalia through Komar qota near Wante.”

The vehicle was ambushed at Kurkura village near Elwak along Lafey-Elwak road.