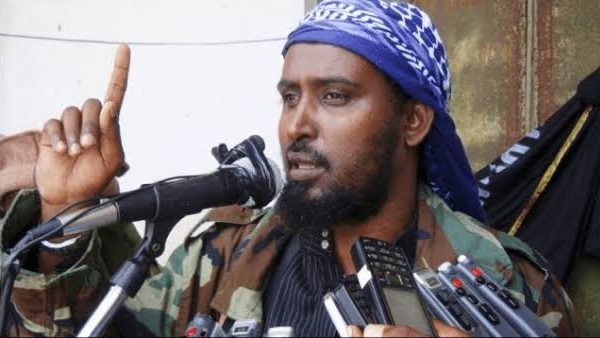 NAIROBI—The Somali militant group Al Shabab has claimed responsibility for the Saturday car blast at a busy intersection in Mogadishu which killed more than 75 people and injured over 120 others.

According to the militant’s pro-media outlet, the spokesman of the outfit, Sheikh Ali Mohamud Raage, said the militants were targeting Turkish nationals and their security detail during the attack.

Somali government spokesman Ismael Mukhtar said the attacker(s) “were probably targeting a taxation office located nearby. The area is heavily populated with civilians and security forces.

Al Shabab’s statement comes six hours after the National Intelligence and Security Agency of Somalia (NISA) said the attack was masterminded by a “foreign” nation.

“We shared with national leaders a preliminary report pointing to foreign nation’s involvement of the Saturday massacre. We will team up with other international agencies in our further probe,” NISA said on its Twitter handle.

An opposition leader in Somalia has rubbished claim by the country’s spy agency that an unnamed foreign country was behind the deadly Saturday car blast at a busy intersection in Mogadishu.

The leader of the Wadajir Party, Abdirahman Abdishakur termed the claim a “cover-up” hours after the National Intelligence and security Service of Somalia (NISA) said It briefed the President and the Prime Minister about a preliminary report pointing at involvement by a foreign country in planning, planting and the execution of the blast that killed over 75 people and injured at least 150 people.

“For the NISA to claim that a foreign country was behind the ex-control Afgoye attack, in which Al-Shabab terrorist massacred 100 people doesn’t only mislead the public and cover up the agency’s failure, but it also diverts blame from the terrorist. This is a clear cooperation with Al Shabab,” Abdirahman Abdishakur said.

The Somali opposition figure has previously accused the President Mohamed Abdullahi Farmajo’s of working with the most dangerous armed group in Africa.