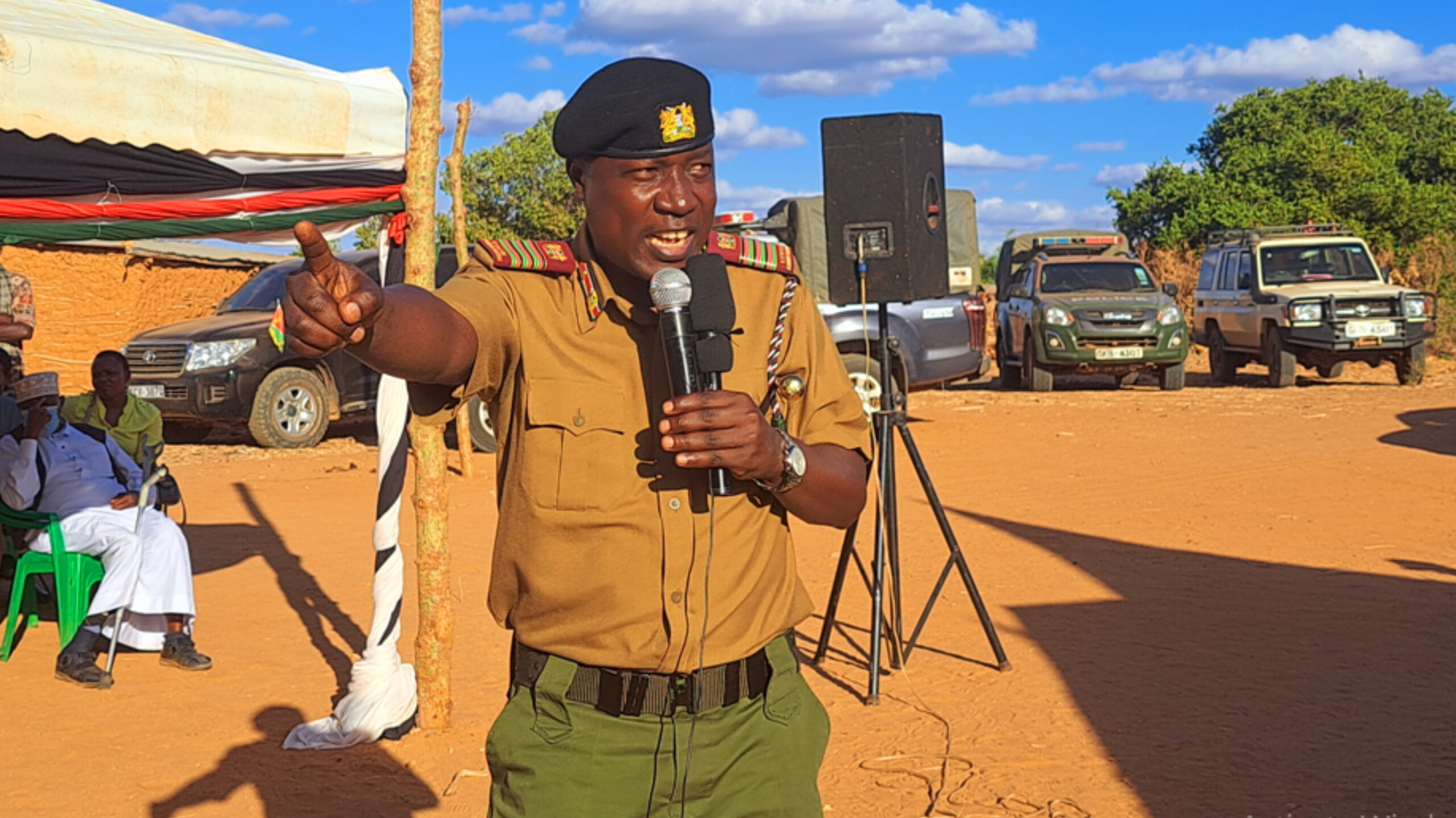 MWINGI—Hundreds of herders who have moved to various parts of Kitui County have ten days ultimatum to move out or face eviction by security forces.

Speaking at Kasiluni market after a peace meeting between local residents and the camel herders from Garissa County about whom residents have complained that they graze their camels on farms without consent from land owners, Achoki said the herders have agreed to vacate farms and allow owners to prepare their land for farming as the country expect rains next month.

“We have had lengthy discussions with both Garissa and Mwingi North peace committees and have agreed to bring this matter to an end, both teams have agreed to work together so this will be a thing of the past, “said Achoki.

“We have been informed that some farmers have leased their farms to the herders but herders go ahead and invade so many other farms without consent,” added Achoki.

He said that a clear guideline has been agreed upon when herders again travel to graze their camels in Mwingi North to avoid tension among camel herders and residents.

“We have agreed that next time camel owners must inform the authority and peace committee as well as availing veterinary certificates and names of herders so that the committee knows the camel owner and the herder and for how long they will be grazing in the area,” he added.

However, Achoki warned residents against harming and killing camels and instead he asked them to report cases of trespass to authorities for action.

“Stop killing camels, it’s against the law and anyone found doing so will face the full force of law, “said Achoki.

Kianda said only peace would allow the farmers and the herders practice their ventures fully and building the economy.

Mwingi North MP Paul Nzengu said as the farmers prepare for the rainy season, they need peace and not to spend nights in the bushes for fear of attack.

He confirmed that apart from a few culprits the herders from Garissa have been coexisting well with the residents from Mwingi North.

Nzengu urged camel owners to ensure camel herders are mature people and must be known by the peace committee.

Nominated Senator Beth Syengo thanked government for putting in place proper measures and agreement that will ensure locals and herders live in peace.

The ultimatum comes barely a week after President William Ruto gave directives to administrators to bring to an end the insecurity issue between herders and farmers.

Last week during a thanksgiving service in Kitui, Kitui Governor Julius Malombe pledged to construct six police posts within the borders of Kitui and Tana River counties to end tension in the area.