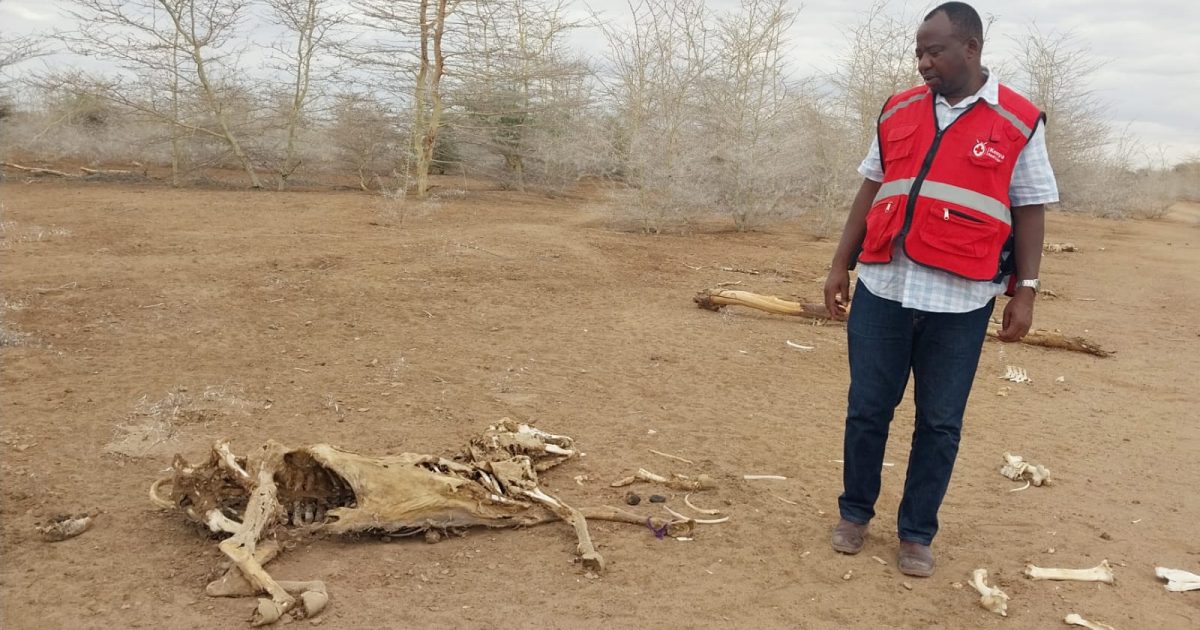 Following the worsening drought in the country, the government has stepped up distribution of relief food in various counties as hundreds of households reel under the pangs of hunger.

Through the state department of social protection and special programmes the government has rolled out programmes to mitigate the effects of the prolonged drought that has affected 4.1 million Kenyans up from 3.5 million in March 2022. Another 942,000 children were malnourished across the ASAL areas where Kenyans have lost over 2.5 million livestock.

Cases of missing consignment and locals complaining of not receiving aid has lately been on the increase. The alarm was first raised by the County Commissioner of Garissa Boaz Cherutich who directed officials of the sub county committees to be fair in the distribution of the food.

Speaking to the press at the Garissa cereals store after witnessing offloading of the second batch of food allocated to Garissa sub county, the administrator further cautioned those handling the relief food to make sure it gets to the intended persons.

Late last month, Kulan Post highlighted the story of Madhah Gisii, Aragudhud and Lago in Balambala Sub-County after they received only four bags of rice against a population of 4,000 people.

In Wajir County, the case was the same two weeks ago. Ismail Adan, a 10-year old pupil at Eldas Primary School collapsed while in class three days ago. His mother said Ismail did not take any food the previous three days.

“I have seven children. Their father has not been around for quite sometime because he took the few remaining goats to a village nearby where water and pasture is available,” Dahaba Omar Ahmed, Ismali’s mother, told Kulan Post over the phone.

After the incident was shared on social media, well-wishers came to her aid. Mama Dahaba said she has since received enough ration for a week and shared the surplus with her neighbours.

Asked why she did not raise the alarm before her son fainted due to starvation, she replied: “I am too ashamed to ask help from people. If I receive it, I will be grateful, but I pray the Lord comes to our rescue.”

Abdi Abass, the headteacher of the school said more pupils at risk of dropping out of school due the ongoing drought.

“This (issue) is not exclusive to our school. It’s the drought that’s causing and we fear the worst is yet,” observed Abdi, adding that the school did not receive it’s quota of the school feeding programme for the term.

Siyad Jimale, a youthful politician told Kulan Post that the Eldas Primary case is only the tip of the iceberg.

“Since the case poured onto the social media, we made few calls to help the affected family, but that’s not enough,” Siyad noted. He called on the county government and the national government to fast-track the delivery of relief food to the needy victims.

On Saturday, Wajir County Commissioner, Jacob Narengo echoed the comments of his Garissa County counterpart, cautioning officials against trading the relief food in the black market.