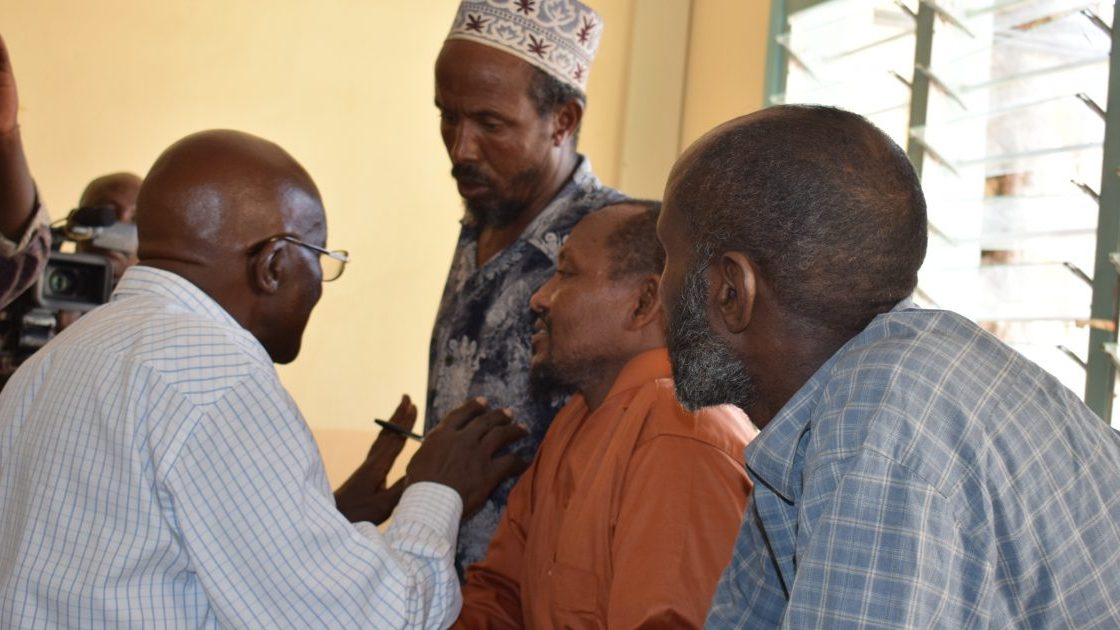 By: David Sangok for KNA

NAIROBI—A  Garissa  Court  has denied bail to three Kenyans whom the police belief provided the Al-Shabaab militants with information and aided them during the January 12, Kamuthe trading centre attack that left three non-local teachers dead.

Adan Saman, Haret Dubow and Keynan Aden Maulid were on Tuesday arraigned before Garissa Senior Resident Magistrate (SRM), Timothy Ole Tanchu and denied the charges. They were also charged for being members of Somali based Al-Shabaab terror group.

The suspects are alleged to have helped the militants carry explosives used in the destruction of Safaricom masts, firearms and ammunitions in a vehicle Toyota succeed during the attack.

In requesting the court to deny the suspects bail, Prosecutor Peter Wanaina said the trio ‘are dangerous to the public and have travelled to Somalia to meet their associates hence flight risk and should be denied bail’.

Wainana said according to intelligence report the suspects` accomplices are still at large and could interfere with the ongoing investigations.

He said the offence the three committed ‘is in public domain that has caused fear and terror amongst Kenyans and especially people in the region’.

“If released there is likelihood of escalation of terror activities therefore, they should be denied bond,” Wainana told the packed court.

However, the defence led by Garissa based lawyer, Cyprian Onono tore into the prosecution submission, saying bail ‘is a constitutional provision to the accused which is well captured in the constitution’.

Onono said the police had the suspect in their custody for the last 34 days from February 5 when they were arrested.

“Police had all the time to conclude their investigations. Asking for time to continue detaining my clients is against the constitution,” he said.

He said the prosecution quoting intelligence reports without tangible evidence on the date the accused travelled to Somalia ‘is empty and should not be used as basis to deny the accused bail’.

“If they traveled to Somalia, then on which date did they travel? Who saw them? The prosecution should have solid grounds to have my client denied bail,” he noted.

Unono claimed that the police have the tendency of pinning ‘Al-Shabaab tag’ to suspects and having them in custody without apparent justification.

He successfully requested to have a replying affidavit to respond to sworn document by investigating officer.

Ole Tanchu ruled that the three be remanded at GK prison until March 23, when bailed application will be determined.