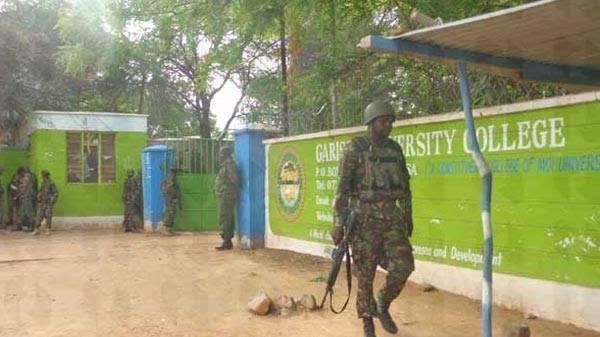 NAIROBI—Parents of slain students in the 2015 Garissa University attack now want the management of the institution held for negligence, arguing that security lapse cause massive casualty.

On February, while appearing before High Court Judge James Makau, the petitioners made up of 18 parents said their case raises substantial questions of law.

On Wednesday, judge agreed that the petitioners raised weighty legal issues and several questions regarding national security and the law.

Following the ruling, Chief Justice David Maraga will form a bench of at least three judges to hear the case.

Among the issues to be determined are gross violation of human rights, particularly the rights to life, education, information and security during a terror attack, and the extent of remedies available in the circumstances.

Justice Makau said the petition also raised the novel question of whether the State is obligated to provide security during a terror attack and whether there are qualifications for obligation to apply.

He added that: “The circumstances of this case are unique, being the first of its kind and touching on terrorism and no doubt, the same meets the criteria set for certification as raising substantial questions of the law.”

The attack was carried out by four gunmen from al-Shabab, a Somali armed group linked to al-Qaeda.

The attackers stormed the students’ hall of residence at dawn and opened fire indiscriminately, before freeing some Muslim students and then killing others identified as Christians. All four gunmen were later killed by security forces.

It was the second-bloodiest attack in Kenya’s history, surpassed only by al-Qaeda’s bombing of the United States embassy in Nairobi in 1998 that killed 213 people.

The security response to Garissa was strongly criticised by many Kenyans. It took 16 hours for a special anti-terror unit to bring the attack to an end, their deployment slowed by a senior police officer who had commandeered the force’s plane for a family excursion.