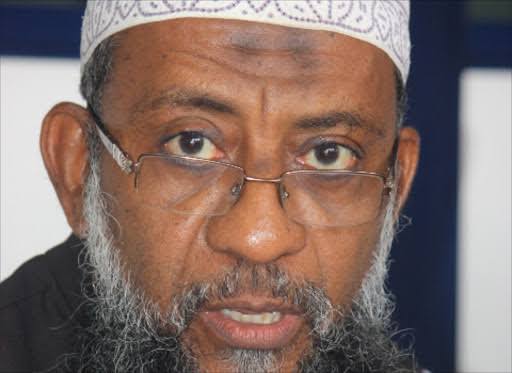 NAIROBI—The Council of Imams and Preachers of Kenya(CIPK) has called on new government led by President Dr William Ruto not allow the practice of homosexuality saying the practice is against religious teachings and human nature.

The call comes after President William Ruto was a fortnight ago put to task to explain his stand on the lesbian, gay, bi-sexual, and transgender (LGBTQ) community.

In an interview with CNN, Ruto, who is reported to have opposed same sex relationship, said he respects everyone and what they believe in, adding that the same should be extended to those of contrary belief.

“We have Kenyan law, Constitution, traditions and our customs. We will continue to respect other people’s customs as they respect our customs and our tradition,” he said.

He added that he does not think that LGBTQ rights is an important topic for Kenyans and that his administration will focus on the issues relating to economic growth and committing to raise the living standards of Kenyans.

In the past, outgoing President Uhuru Kenyatta had told CNN that LGBTQ community was not agreeable and a major issue in Kenya.

“This is an issue of society, of our own base as a culture, as a people, regardlessof which community you come from, this is not acceptable, this is not agreeable,” Uhuru said then.

Speaking to the Friday Bulletin, CIPK Secretary-General Sheikh Muhammad Dor described homosexual as a ‘critical issue and sinful act’ which is against the country’s moral values, noting that there is no authentic or relevant Islamic evidence sanctioning or allowing homosexual in all forms and called on all Muslim institutions to take up and support resolute action to stop the harmful practice.

”Islam does not only prohibit unlawful actions, such as premarital sex, homosexuality and drug use, but also forbids activities which will lead one towards these actions. Our people need to be educated so as to be able to embrace good moral values that are in line with religious teachings,’’ said Sheikh Dor.

He added that homosexuality is condemned by all faiths and that the harmful practice not only prevents the evolution process of humans but also destroys the family system and social relationships.

At the same time Sheikh Dor has asked parents to monitor their school going children during this holiday now that schools have been closed to protect them against immorality.

The CIPK Secretary-General emphasized that it was the responsibility of parents to do whatever it takes to prevent their children from deviating from Islamic teachings.

He advised parents during the vacation to create time for provision of guidance to their children while at the same time engage them in meaningful works for better upbringing and growth.

“There is an appalling rot in the society which has found its way in our homes. It is important that we establish mechanism that will provide a suitable environment to safeguard children from immoral influence,” he said.

He called on religious leaders to rise up to the occasion and voice their stand against the increasing decadence in the society.

“It is a worrying situation, we cannot look the other way while the moral values which threaten the future of our children ,” he said.