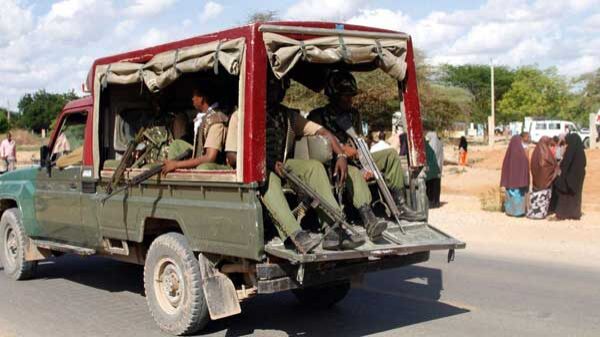 NAIROBI—A family in Eastleigh airbase area, Nairobi is in agony after their 17-year old son was arrested on the 10th this month together with his friend.

Ramadhan Bakari was arrested while selling second hand clothes in the area with his friend Babu, who was later released that evening but Ramadhan is still missing.

Ramadhan’s mother, Rukia Bakari says the
arrest was made by a popularly known police officer identified as ‘Blackie’ “According to my son’s friend, Bakari was bundled into a different Toyota Probox after they were arrested and from there he has not been seen,” said the mother.

The mother says that family and friends have searched everywhere including hospitals and morgues with no sign of him.

“When I went to Pangani Police station I was told that they have not heard of the teenager. I have gone to Muthaiga, Central and Kamukunji police station but I have not been helped. These Policemen with civilian clothes, I want to know where their station is based cause they are the ones who have my son,” she added.

The mother is pleading with the government to help him get his son back since he is in the hands of police.

“I am requesting the government and CS Matiang’I to help me get back my son. I am asking ‘Blackie’ to please bring back my son,” Rukia said, tears rolling down her eyes.

Human rights watchdog HAKI Africa has call on the investigation into the wherea-bouts of Ramadhan after Rukia went to seek their support.

“We as HAKI Africa are asking where is Ramadhan Bakari and asking CS Matiang’i to follow up on the this issue as it squarely falls under his docket,” said Salima Macharia, an official from HAKI Africa.

He questioned why cases of enforced disappearance are so common in the slums areas and stated that they receive not less than five cases of disappearances in a day.