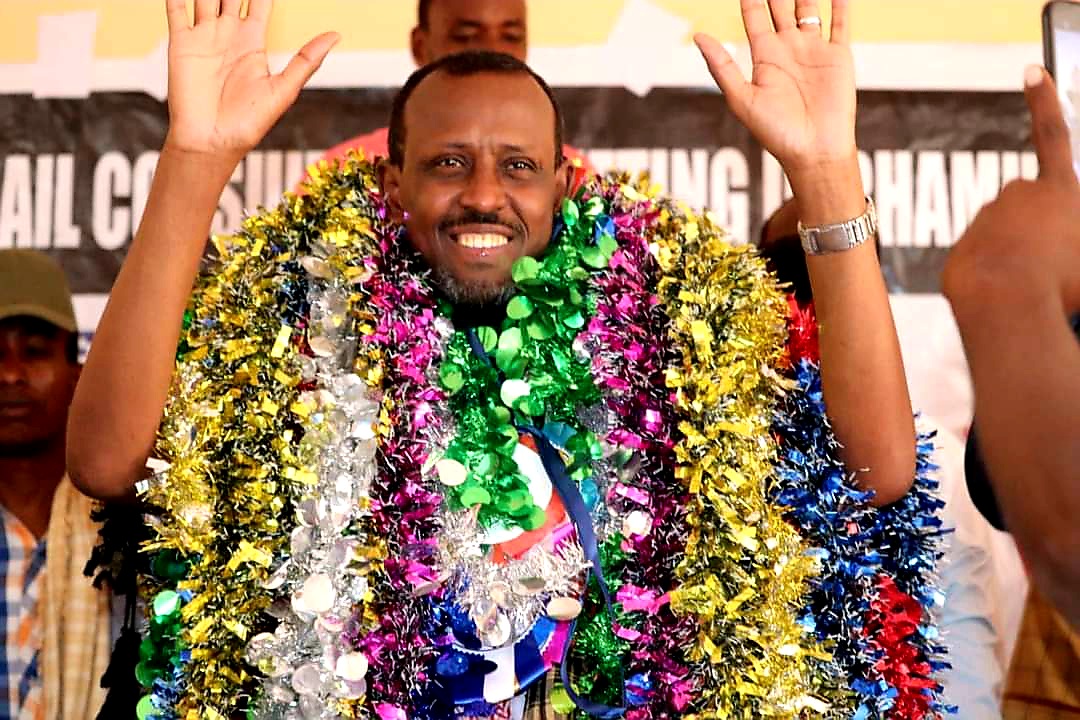 MANDERA—Mandera North legislator was on Saturday endorsed by section of the constituents to defend his seat.

In a ceremony on Saturday, (Rtd) Major Bashir Abdullahi was awarded a certificate by the coucil of Jibrail elders, a symbol of unanimous support in a cosmopolitan constituency.

“My appreciation to the Jibrael Ugases,professionals, elders, youth and women for their unwavering support. After wide consultation, I have finally been given the nod to go for the second term,” Bashir said in a post to his Facebook.

He added that: “The need to provide servant leadership and excellent service delivery to the people of Mandera North has never been more urgent than today.”

The Ugasins drawn from the two main branches of the Jibrail clan—Mohamed and Mohamud—were present during the endorsement drive.

“We want him to retain the seat because of his development track record and how he maintained peace among the communities in the area,” one of the Ugasins said.

“Both Ugasins representing Mohamed and Mohamud are present here accompanied by women and professionals. We are united in this,” declared Haji Omar.

Major Bashir called on his competitor and former headteacher, Mohamud Bardad to “come to the table” in an attempt to “find unity.”

“We need everyone in this jouney. I will look for my brother and I promise you that we will resolve this division,” Bashir stated.

Mohamud Bardad has declared interest in the Mandera North parliamentary seat and has since resigned from his job to vie for the post.

Muslims in Kiambu decry of discrimination in ID issuance