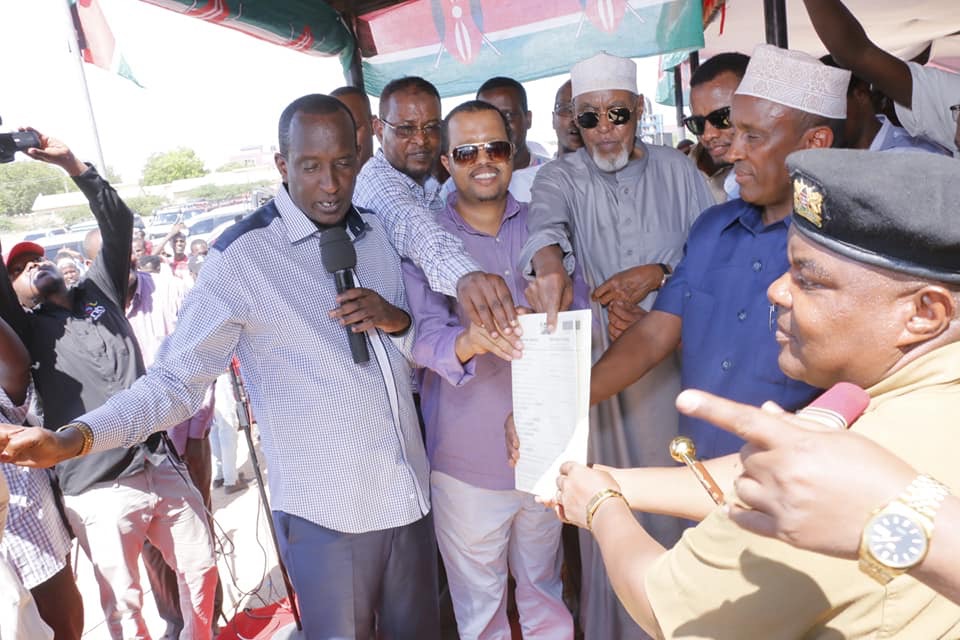 GARISSA—Garissa Governor, Ali Korane today welcomed the move by the national government to launch the deregistration of Kenyans earlier  registered as refugees.

Addressing a public rally at Garissa primary school playground during the launch of the exercise, the Governor said many of the locals whose fingerprints were  captured in  refugee database had difficulties obtaining the national identity card.

”Many people were locked out of opportunities to get jobs, travel for Hajj and Ummra while others had restrictions from travelling freely in their own country for lack of an ID,” the governor said.

He warned vetting committees at the location level up to the county level against engaging in any malpractice that could compromise the integrity of the exercise and force the government to cancel it.

The Governor also  called for the re-opening of the Kenya -Somali border. Commenting on the recently released national population census, the Governor termed it “a sham” saying it did not reflect the actual figures on the ground.

He said it would be unfair and unacceptable to use the results of the census to scrap out Balambala and Lagdera constituencies.

”None can alter our existing political boundaries and instead we will push for more constituencies and wards in Garissa County, ” the Governor said.

He warned  the committees against any malpractice in the one month exercise that is expected to end on December 11th.