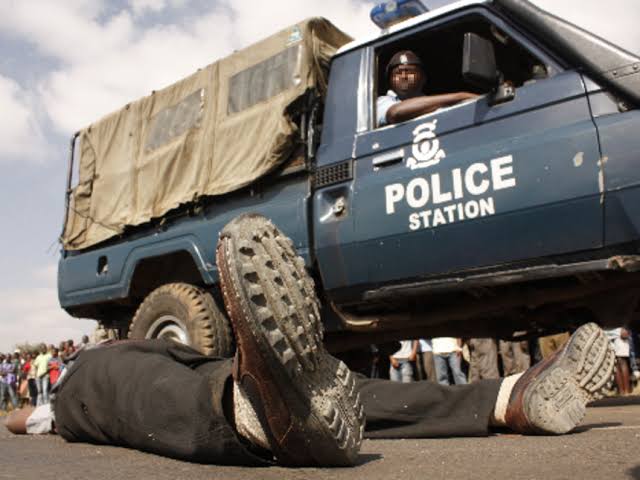 Almost eight years ago on April 10, 2012, a truck driver passing through the Tsavo National Park along the Mombasa-Nairobi highway noticed an unusual object lying in a thicket beside the road.

The body was later found to be that of Samir Khan, a Mombasa based activist. It appeared that he was killed elsewhere and his body dumped in the area.

A few days earlier, as Samir was heading to Mombasa from his Maganyakulo home in Kwale accompanied by a visually impaired colleague, Muhammad Kassim, the matatu they were travelling in was flagged down and people said to be police officers ordered them out and bundled them into a probox vehicle.

This was the last time they were seen alive. To this day, Muhammad’s whereabouts remain a mystery.

Samir’s killings marked a turning point in extra-judicial killings and disappearances which have been on the increase in recent years. Since then hundreds of people have been killed or disappeared with accusing fingers being pointed at security agencies.

According to Mombasa based human rights groups-Haki Africa and Human Development Agenda, the four were taken away by officers who claimed to be attached to the Anti-Terror Police Unit in November and December 2019.

Last year, six naked decomposing bodies, some with features of people of Somali origin, were found dumped at Tsavo West National Park. The discovery came in the wake of com- plaints from the Muslims for Human Rights (MUHURI) about disappearances of people who went missing under unclear circumstances in Garissa.

With hundreds of cases of unaccounted people who had disappeared since 2013, Tsavo could be the burial site of tens of people who are victims of extrajudicial killings and disappearances.

In the wake of the disappearances, distressed families make a frantic search at police stations but seldom do they receive the desired assistance. For the lucky ones, the discovery of bodies in mortuaries or unfamiliar areas puts the matter to rest but for those who do not find their loved ones, there are left to live an agonizing life wondering whether they will ever see their relatives again.

Since Samir Khan’s gruesome murder, human rights groups and Muslim leaders have condemned the killings and urged the government to investigate those responsible to ensure that there are brought to book.

In the aftermath of this week’s incident, the executive director of a Mombasa human rights group Haki Africa, Hussein Khalid passionately spoke about the brutality of those involved in the gruesome killings.

“Some bodies are completely disfigured. You cannot tell who they belong to. These people underwent torture before they were murdered. Some had ropes and burnt nylon around their arms, legs and necks. It is not possible for police officers to claim that they do not know who is doing this,” he said at Makindu sub-county hospital where the bodies had been taken for preservation.

Human rights groups say that many of the victims are people who have been on the police radar for suspected linkage with terrorist groups notably the Somalia militant group Al Shabaab but maintain that the actions being taken are in flagrant violations of the law.

“We have courts of law. Why are these people not taken there if they are suspected to be members of terror groups?” argues Hussein whose organization have in the period between 2018 and 2019 documented 56 cases of extra-judicial killings and forced disappearances in the Coast region.

While the government has been quick to deny involvement in these gruesome murders which it says could be the work of criminal groups, human rights agencies contend that abductors often identify themselves as police officers in addition, the lack of interest to investigate the killings by the police, point to a clear complicity by security agencies.

According to Khelef Khalifa, a veteran Mombasa-based human rights activist and director of Muslims for Human Rights (Muhuri), the extrajudicial killings stem from the frustrations of an ill-equipped, mismanaged and corrupt police force.

“The problem with our police in Kenya is that most of the time they do not conduct the investigations properly so when the cases are taken to court, they get thrown out. In the process, the police get frustrated and this is the result,” said Khalifa.

In 2014, the Qatar-based Pan-Arab satellite channel Al Jazeera released a docu- mentary “Inside Kenya’s Police death Squads” which for the first time unidentified members of counter-terrorism police confessed to being behind hundreds of extrajudicial killings, targeting what they referred to as “Muslim radicals”, and planting evidence to make victims appear like terror suspects.

According to the documentary, countries which include the United States, Britain and Israel provided training, support and intelligence to the police squads involved in extra judicial killings and disappearances.

The then information minister Dr. Fred Matiang’i was quick to dismiss the revelations from the documentary as “gossip, rumour and innuendo ” and blamed criminals for carrying out killings, though he added that if police were found to be involved they would face “the full force of the law.”

As the Interior Cabinet secretary who is charged with security agencies, Matiang’i during a meeting with civil society organi- sations in Mombasa in January last year gave a commitment that rogue police officers involved in the extrajudicial killings will be reined in. “We shall have respect for the rule of law and the lives of citizens of this country. No one is above the law,” the CS said.

He further emphasized on this point during a meeting with Muslim leaders at Jamia Mosque in October last year where he said that the government does not have a policy on extra-judicial killings and disappearances and said officers who are involved in the vice will be investigated, disciplined and taken to court.

“Extreme measures will be taken against any officer of the law caught breaking it and those in- volved in any extrajudicial killings will be held accountable for their actions.” He told when he responded to concerns raised by community leaders.

During his visit to the country in 2015, former US president Barrack Obama condemned the radical approach to resort to unconstitutional ways to fight terrorism warning that the policy is counterproductive to the efforts to tame the vice and will only fuel resentment with the potential to breed extremists.

In September 2016, President Uhuru Kenyatta launched the National Counter-Violent Extremism Strategy which is part of the country’s prevention efforts against terrorism and extremism. The strategy places emphasis on deradicalization over heavy-handed tactics and involves several approaches, among them working closely with community leaders, civil society, the private sector and rehabilitation of Al Shabab returnees.