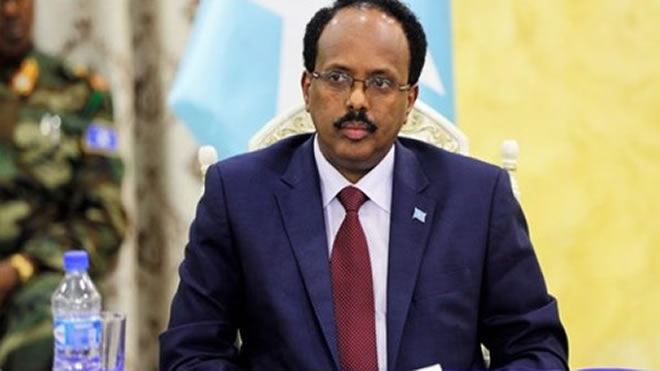 President Farmajo says that latest change of guard part of his initial campaign pledge to have a proper and functioning justice system that caters for the needs of the country’s citizens.

Bashe Yussuf replaces Ibrahim Idle Suleiman, who was fired after a public outcry over several judicial decisions and allegations of corruption in the judiciary.

President Farmajo has asked lawmakers to expedite the nomination of a new judicial services commission, to replace one that was dissolved by former President Hassan Sheikh Mohamed before presidential elections in 2017.

Somalia’s government is rebuilding its institutions amid an insurgency by the Al-Shabaab militant group that’s been fighting to enforce its version of Islamic law since the fall of the Islamic Courts in 2006.

Last year, the out going  Chief Justice, Ibrahim Iidle Saleeban,  suspended 18 judges in the capital Mogadishu, in response to public complaints about their rulings.

List of suspected NYS looters arrested by the Police