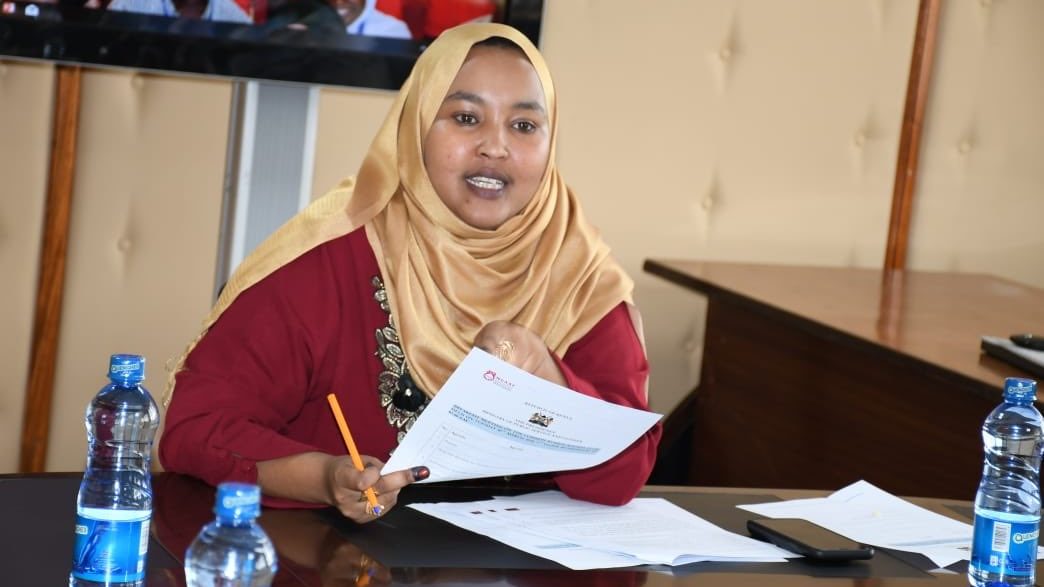 NAIROBI—Outspoken Wajir County Women Representative becomes the first women legislator to appear in the leadership of a powerful parliamentary committee.

Fatuma Gedi Ali was appointed to the Vice-Chair of the National Administration and Security Committee which is chaired by Kiambaa MP Paul Koinange.

Speaking at Parliament while lobbying for the sought-after post, Fatuma vowed to uphold accountability at both levels of government.

“We want to make sure that no shilling that is appropriated by this House is mismanaged and misused by government entities at national or county government levels,” she said.

Speaking to Kulan Post, Fatuma likened her new role as a victory for the people of Wajir and the larger Northern Kenya.

“It’s a victory for the women of Northern Kenya. A victory for the youth and a great news for the people of Wajir who entrusted me with the role of representing them at the National Assembly,” Fatuma stated.

Her close ally, Gladys Wanga of Homa Bay Woman Representative was elected as the Chairperson of the Finance and Planning Committee making her the first female leader to hold the position.

“I will endeavour to serve the nation diligently in this new responsibility. I thank President Uhuru Kenyatta for his magnanimity and my party leader Raila Odinga for his faith in me.

“A big win for women’s leadership as this is the first time in the history of the Kenyan Parliament that a woman chairs the Finance and National Planning Committee,” she stated.

At the same time, Kieni MP Kanini Kega was elected Chairman of the powerful Budget and Appropriation Committee of National Assembly.

Mandera South MP Adan Haji Ali (Jubilee) will now chair the Trade and Industry Committee after he was moved from the Agriculture and Livestock Committee. He will be deputised by Kigumo MP Ruth Wangari Mwaniki (Jubilee).

Fatuma Gedi is among the visible legislators who are agitating for the Building Bridges Initiative proposals to see the light of the day.