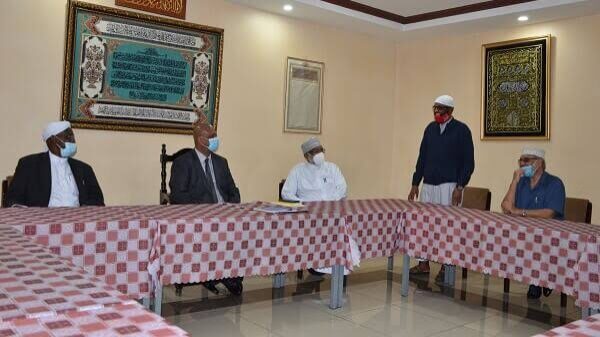 NAIROBI—The Jamia Mosque Committee has urged the Judiciary Service Commission (JSC) to disregard the calls for the appointment of female Kadhis saying that the matter does not have a strong basis in Islamic law.

In a position guided by an advisory opinion from the Majlis Ulamaa (the Council of Scholars of Jamia Mosque), the chairman Sheikh Muhammad Osman Warfa urged the JSC to make an informed decision on this matter based on advice from Muslim scholars who are well versed with jurisprudence matters of the Islamic faith.

While acknowledging that there are some opinions accepting the appointment of female Kadhis, Sheikh Warfa emphasized that the vast majority of Muslim scholars do not allow their appointment and this has been the dominant view and practice throughout the Muslim world during the last 1,400 years.

“There is a divided opinion within the Muslim community but the dominant and majority position from Muslim jurists is that females cannot be appoint- ed as Kadhis which is both a religious as well as a judicial position within the Kenyan context. In a meeting of our own scholars (Majlis Ulamaa) held on 7th August 2021, it was concluded that based on the weight of evidence from Islamic sources the jamhuur (majority) position is that it is not permissible for females to be appointed Kadhis or Chief Kadhi for that matter,” the chairman said in a letter addressed to the Judicial Service Commission chairperson.

Sheikh Warfa further noted that among those clamouring and giving what they claim to be expert opinion on the matter are persons who are not scholars versed with Islamic jurisprudence matters.

“With all due respect, MUHURI is not an expert on matters touching on Islamic law in Kenya and the brief relied on has been written by a socio-linguist and not an expert on Islamic Shariah. It is also important to state that matters touching on religion are sensitive and are better placed to be handled at a community level devoid of state organs which could be perceived to be partisan if they lean on one side,” he added.

The Jamia Mosque Committee chairman
observed that the push for the appointment of female Kadhis was mainly being driven by the principles of equality and freedom from discrimination however, he pointed out that according to the law, the principles of equal- ity requires and allows at times- depending on specific circumstances (like in religion)- to treat differently those that are unequal.

“This is permitted in law and therefore Muslim women cannot be said to complain of discrimination on matters of religion. Is it discriminatory in the Islamic succession law for men to get twice what a woman is entitled to get? Likewise in an Islamic marriage the female is entitled to dowry or mahar while the male is not. Is this discriminatory,” he posed.

He further emphasized that it is also not a matter in dispute in Islamic law that a female cannot solemnize or dissolve an Islamic marriage and female kadhis who will take up such roles will effectively be contradicting the same laws they are supposed to uphold. “Furthermore, the jurisdiction of the Kadhis courts in the 2010 constitution covers marriage, divorce and inheritance. As judicial officers, will female kadhis then only deal with inheritance matters? he posed.

Sheikh Warfa urged the Judicial Service Commission not to make rushed and uninformed decision on this matter and to instead give a listening ear to Islamic scholars who are experts in Islamic jurisprudence. He also appealed to the JSC to deeply reflect on the history of the kadhis courts from the precolonial times, pre- independence to the post independence era to confirm its special status as it is not an ordinary court but a judicial establishment that only deals with unique matters allowed under the law.