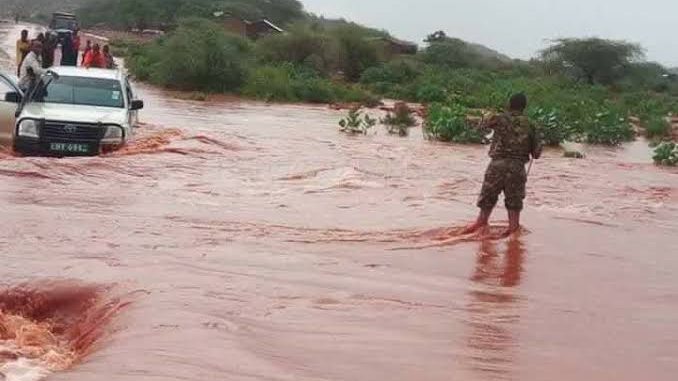 Gas stations such as Heller,Ijara and Wamo in Masalani town have last operated two weeks ago.

Heller Manager, Mohammed Barre said he kept stock of about 30,000 litres, but could not restock after fuel tankers got stuck on the muddy roads due to the ongoing rains.

“We ordered for fuel from Garissa but tankers  take almost seven days to reached Masalani town and and what we have in stock is not enough going by the demand,” he said.

However, Bare is optimistic of the situation since he ordered for more fuel from Mombasa depot and would be delivered when the rains subsides.

“We had the supply from Garissa but was finished within two days. I will order more fuel from our depot in Mombasa,” he said.

The shortage also affected Hola town and Garsen where Ijara used to rely on. Bayusuf Caltex Petrol Station could not supply the commodity due the floods but the company is optimistic that fuel from Mombasa would be delivered this week.

and the Ijara Medical Officer,Dr. Abdinasir Abdikadir Mohamed, said the fuel they got from their supplier could not suffice the team to complete the campaign within five days.