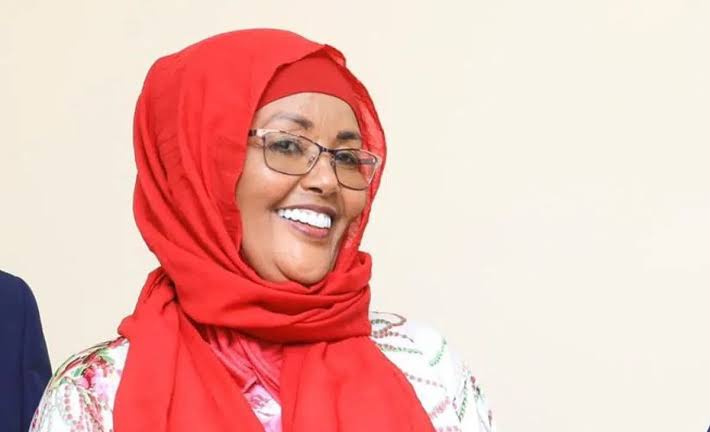 NAIROBI—Somalia’s president Hassan Sheikh Mohamud on Sunday left the country for a two-day visit to the United Arab Emirates, his first trip out of the country since he won the elections last month.

A day earlier, speaker of the Parliament, Sheikh Aden Mohamed Noor (Madobe) also travelled out of the country which, constitutionally, leaves the country in the hands of the first vice speaker, Sadiyo Yassin Haji, to be the acting head of state.

President @HassanSMohamud arrives in Abu Dhabi, #UAE for his first overseas trip. During the two-day official visit, the President will hold wide-ranging discussions with the leaders of the UAE to further strengthen the historical ties between #Somalia and #UAE. pic.twitter.com/I33CWs8Bhd

This has been making headlines in Somalia Media since it is unprecedented—its first time in the history of the country a woman will act as the president—although shortlived.

Many pundits see it as a surprise but Sadiyo Yassin, who spoke to VOA Somali, stated that her role as contained in the interim Somali constitution puts her in charge. She, however, couldn’t hide her excitement.

“I’m very happy to represent the speaker of the Parliament who is out and also to act as the President after he also left the country,” said Sadiyo Yassin.

She added: “It has not come as a shock or a big surprise to me, but… I believe it is a position which men and women are equally capable to hold…and today I’m a woman and I’m holding it”.

She thanked everyone who congratulated her and encouraged other women to step up to higher positions in leadership.

Today I told my daughter I am calling the first female President of Somalia! ‘Madame President’ has revolutionary ring to it. Next time, inshallah, it will not be temporary!! pic.twitter.com/TlcMpt2Kuv

According to Somali political analysts, this will be a major leap as far as the struggle to achieve equitable share for women in the political sphere is concerned.

It’s not easy being a female politician in conflict-ridden Somalia.

Men have long dominated national and local leadership roles in the Horn of Africa nation, largely due to deeply ingrained traditional prejudices.

Somalia has established a 30% seat quota for female lawmakers. But the Somali Women Association has accused regional clan presidents of overlooking or turning down potential candidates, leaving the quota unfilled.