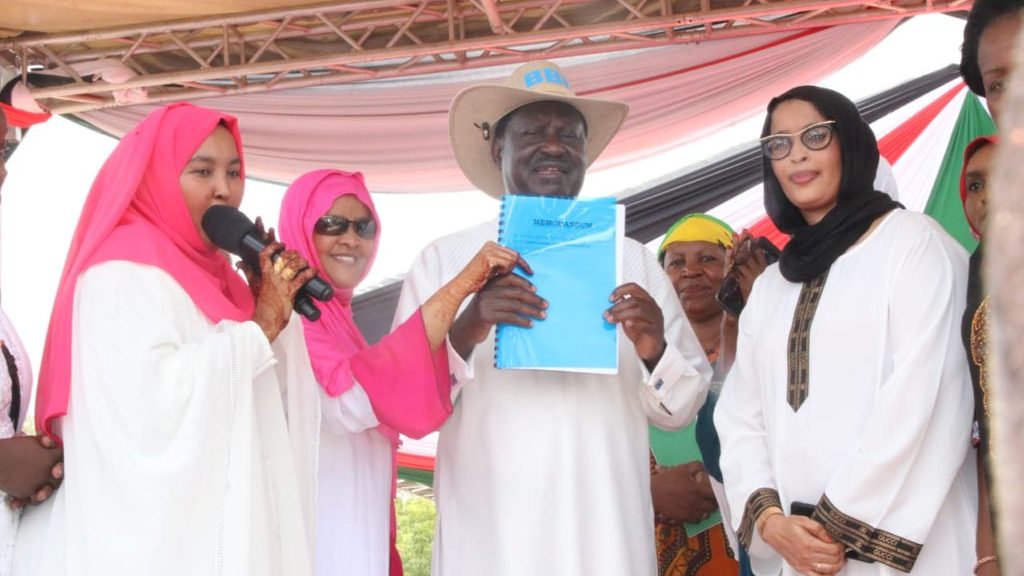 RESOLUTIONS OF THE PEOPLE OF THE GARISSA, WAJIR, AND MANDERA COUNTIES ON THE BUILDING BRIDGES INITIATIVE (BBI)

Cognizant  of the fact that the Initiative is both necessary and timely coming at a time when there is a need to heal rifts among the leadership and peoples of this country following the bruising elections of 2017.

Recognizing that divisive elections have continued to wreck the fabric of this nation every five years, thus threatening peace and livelihoods and also destroys livelihoods impacting negatively on the economy.

Acknowledging that negative ethnicity and unbridled competition among our political leaders has entrenched a culture of tribalism, cronyism, favoritism, and nepotism in the management of our public affairs, giving rise to corruption.

Appreciating   that various measures have been undertaken at the national level to address these ills, including the Report of the Eminent Persons on the 2007 Post Election Violence and subsequently through the enactment of the Constitution of Kenya 2010.

We the people of the Garissa, Wajir, and Mandera Counties having met to deliberate on the BBI report do hereby make the following recommendations:

• The Government should register all community land and ensure that community land registration takes place before any large scale compulsory acquisition of land. Apply policies uniformly and transparently to minimize suspicion and increase confidence.

• Require that any prospecting and exploitation of resources on, under and above the surface of any community or public land be carried out cooperation with county governments and communities that have customary ownership of the land.

• Ensure the exploitation of natural resources to benefit the locals through a defined revenue sharing structure.

• The  Government should remove the 3 Miles rule along River Tana between Garissa County and Tana River County which is a source of conflict  and boundary line to be the river.

• Acknowledging Article 204 of the Constitution on the equalization fund and the delay on its disbursement to marginalized counties, we urge the Government to take the following measures: a) Increase the Equalization Fund from the 0.5% as per the first CRA policy formula to 10%

On enhancing devolution, we recommend the following:

• 2% of the Revenue to be allocated to the judiciary fund

• Semi-Autonomous government agencies and Regional Regional Development bodies at the National government level but implementing other programs and projects at the devolved level including National irrigation board, National Cereals and produce board, Kenya Urban Roads Authority and Kenya Rural Roads Authority be dissolved and their responsibilities and resources devolved

• The National Government should invest in water Security at least 2% of the National Revenue for all our counties.

• We propose for the  creation Hulugho and Habaswein Constituencies

• We propose for Ijara County.

• The Government to invest in Counter-Radicalisation measures in the national government and enhance corporation between the two levels of government in counter terrorism measures.

• Appreciating the value of partnership and investment for the growth of the economy of the frontier and pastoralist counties, we recommend that the National Government fast tracks and completes all on going infrastructural developments projects.

• The Single most important life transforming investment earmarked for our region is the (North Eastern Transport Infrastructure Project (NETIP) under the NEDI Program which is the construction of Isiolo- Mandera 740km Road this is the single project that can end the complains of marginalization in our area and bring down cost of living in our region and connect the region to rest of Kenya.

• The Government should establish a holding ground/livestock disease free zone to act as export quality control center at the Port of Lamu.

• We recommend that Infrastructure development for schools both Primary and secondary

• Teacher Service Commission be a Semi-autonomous government agency under Ministry of Education for controls and better management.

• Affirmative Education action to train form four leavers with D plus for teacher training and recruit them as teachers.

We support the proposal that tackling corruption is the single most important mission for the Republic of Kenya, we support His Excellency the President’s most important initiative on fighting corruption and demand that those who are found culpable of benefiting from the proceeds of corruption must be made to account and face the full force of the law.

• Enacting legislation anchoring regional blocs in law allowing the to access conditional grants to be used to encourage better planning, reduced wastage and collaboration between counties

Noting BBI Taskforce’s proposals for an autochthonous, home-grown executive structure that responds to the political realities of Kenyans and to ensure a broad-based and inclusive executive, we propose the expansion of the executive by providing for the President, Deputy President, a Prime Minister, and two (2) Deputies. These positions added to the two Speakers in the Senate and the National Assembly, Chief Justice, and the Attorney General make up nine (9) top positions in the country. We recommend that these nine (9) top positions are shared equally among the regions. 11. Noting the BBI Taskforce’s proposals for inclusivity, the government should guarantee equitable inclusion and representation of the Garissa, Wajir, and Mandera Counties , especially women, in top government positions, leadership, and management of public institutions and resources.

• The KEMSA Act amendments which were recently passed by the national Assembly compelling counties to exclusively procure their Pharmaceutical and Non-Pharmaceuticals from KEMSA works against the letter and the spirit of devolution and must be revoked. Counties must be allowed to procure the above competitively from qualified suppliers.

• We strongly oppose the formation of the Health Services Commission as works against the letter and the spirit of devolution because of the challenges we have with teachers under the Management of teachers service commission that has brought education to its deathbed.

The Government should undertake full implementation of the Truth Justice and Reconciliation commission (TJRC) and Ndung’u Report. The victims of Garissa,Wagalla and Malkamari Massacre should be compensated.

Provision of services is Expansive in respect to the geographical land size as such we recommend allocation be based on population, geographical characteristics, status of development and historical marginalisation  that a critical component of the revenue sharing formula should be based on land mass and to be increased at least 15%