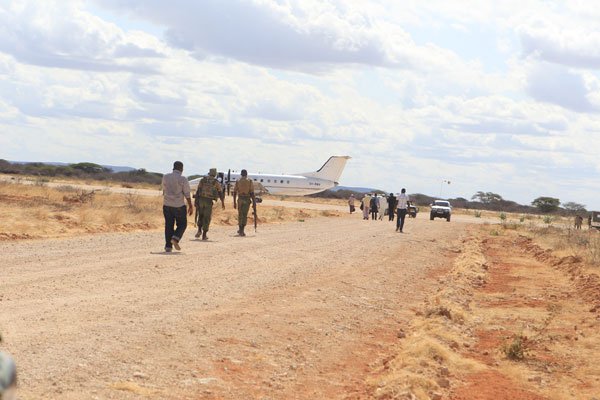 GARISSA—Garissa Court issues an interim conservatory order on Karo airport project pending the hearing and determination of the application before the court.

The governor of Mandera County last week hit back at his critics, saying airstrip project in Karo would go on despite the “lies and propaganda against him.

While speaking at a Mandera hotel, governor Ali Roba said move by local politicians to scuttle the project will not see the light of the day. He maintained that Mandera airstrip is not safe for take-off, saying runway was short.

“I’m a pilot and as a person who understands air safety, they type of aircraft that operate in Mandera are not type-certified to operate from short gravel runway as it is,” Roba said.

‘The risk factor on the people I represent is very high,” he added.

Mandera conceived the idea of having an international airport in 2013 but the project, alongside the construction of airstrips, has suffered unending opposition almost at every stage.

The project was launched at Libehia in Mandera East but flopped under unclear circumstances, with at least Sh300million for a feasibility study going up in smoke.

The project was then moved to Wargadud in Mandera South but infighting among locals scuttled the plan.

Governor Korane fires back at Duale: “I decide who to employ”