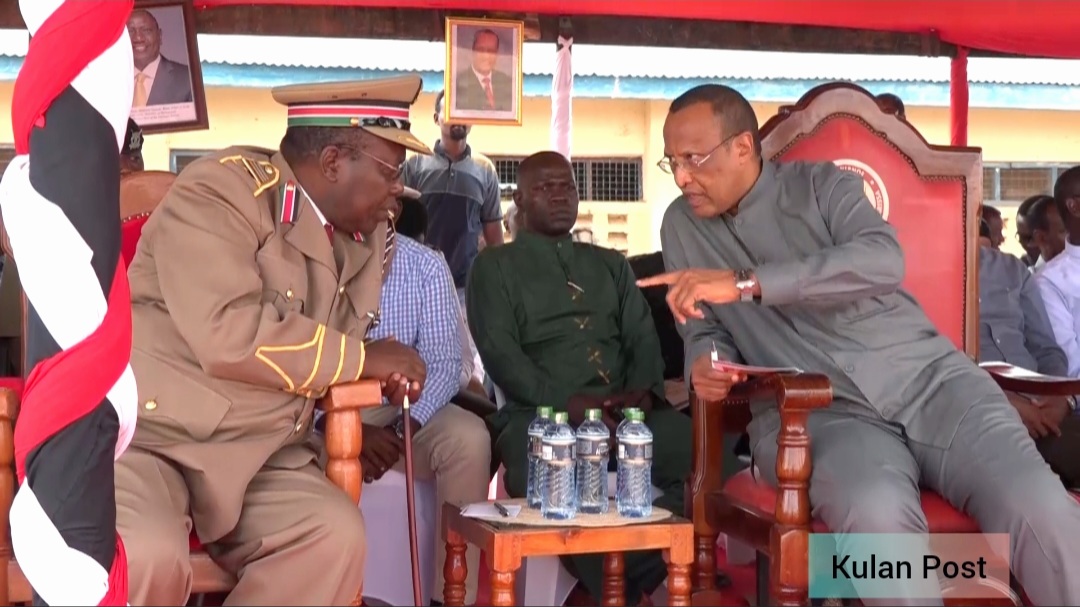 GARISSA—The Government has beefed up security along Garissa and Isiolo counties to prevent possible conflicts from herders as they search for pasture and water as amid worsening drought situation in Nothern Kenya.

[Video: Garissa leaders among first to react to the incitement campaign against Somali herders in Kitui.]

Speaking during Mashujaa day celebrations, area County Commissioner Boaz Cherutich asked pastrolists to tolerate each other and share the meagre resources available as the region wait for the short rains due this month.

Cherutich at the same time warned against misappropriation of relief food and water saying whoever will be found will face the law.

On his part Governor Nathif Jama who is also the chairman of ASAL counties at the Council of Governors said he will initiate talks with respective Governors for Kitui and Isiolo to find a long lasting solution to the matter.

One day arrogance and impunity will die . 4 days countdown to our ultimatum. Somebody remind @HonAdenDuale to move his Camels out of our land .It will be business unusual on the 5th day. Enough is enough. @OleItumbi @KTNNewsKE @citizentvkenya @HEBabuOwino @HonMosesKuriaa pic.twitter.com/2jPDxWwZQi

In the meantime, there is a growing tension in Kitui County after a legislator launched a five-day incitement campaign against camel herders in the area.

Kitui East MP, Nimrod Mbai said his mission is to eradicate “by all means” the camels he said graze into the farms in the area. He said the campaign was inspired by “the killing of the locals by the herders.”

“On Saturday, October 15 evening, 32-year-old Mutuku Mwango was allegedly killed in an altercation between locals and camel herders, raising to 56 the number of people who have been killed as a result of this conflict,” the MP said. Kitui East police boss said he was not aware of deaths in the area involving farmers and the herders.