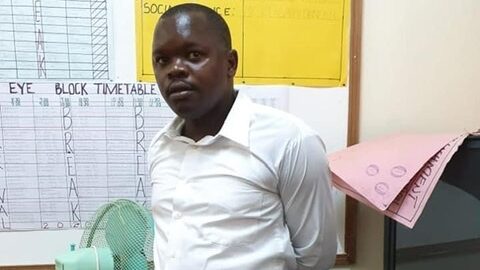 NAIROBI—A teacher at a Garissa school was on Monday charged with attempted defilement of a 15-year old Standard Seven girl.

Dalton Ogare Opee, a teacher at Minara Primary School appeared before the Garissa Law Court and was released on a sh 300,000 cash bail and a surety of half a million.

The Court heard that the teacher attempted to defile the pupil at the school mosque, causing minor injuries and tearing of her hijab.