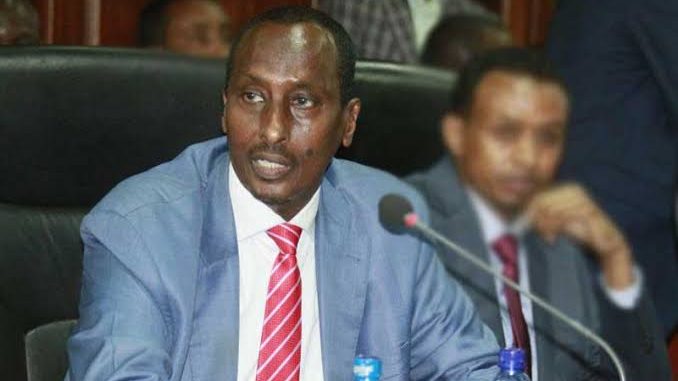 WAJIR—Wajir Governor has finally came out gun blazing, defending his administration from accusation of funds misappropriation and poor service delivery days after he was put to task by the county senator.

Governor Mohamed Abdi, through a statement released by his press director Ahmed Abdi, said the barrage of allegations leveled against the County government of Wajir were unfounded and based on hear-says.

“The unsubstantiated and far-fetched remarks made by the Senator created unnecessary tension and hatred within the peace loving residents of Wajir and was least expected from a leader of his level,” the statement said.

The bone of contention between the governor and senator is the outcome of a special audit report that probed the county’s pending bills by June of 2018 where the administration reported sh 2.7 Billion as pending bills as part of directive by the Cabinet Secretary for National Treasury and Planning, Ukur Yattani.

“This shocking and sad for wajir county.Even the 317m might be those who duped with fake promises with no proper documentation.How many small businesses will run out business due to this unscrupulous contract,” Senator said.

As commitment to clear the pending bills, Governor Mohamed said: “We presented to the Cabinet Secretary of the National Treasury and Planning a phased plan on how to clear the remaining balance of KES 344,091,540 in the coming five (5) months.”

On January 8, CS Yatani released a press release saying 14 counties cleared their pending bills while nine others, including Wajir, presented a “clear, acceptable eligible pending bills payment plans and have adhered to them.”

Wajir County has since received sh 769 million out of the sh 14.5 billion disbursed among 24 counties.

Governor Abdi appealed to the County leaders to “desist from propaganda and hearsays that will remain an impediment to our progress, instead we invite you to join us in countering the violent extremism that has become a nuisance in the region.”