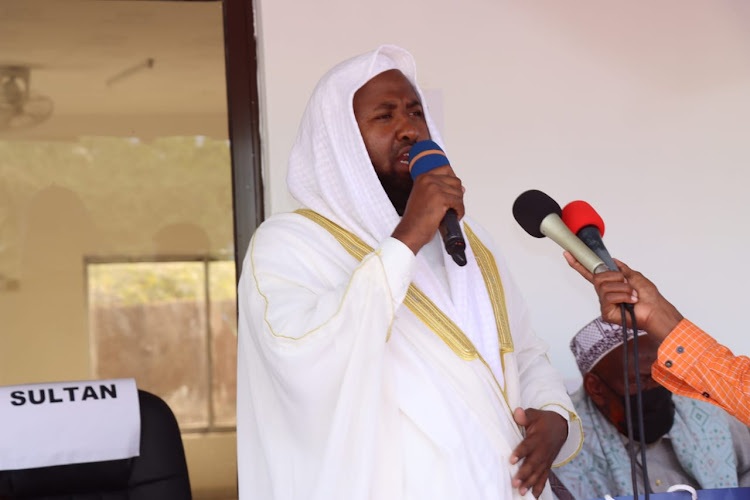 NAIROBI—Four religious leaders have formally written to the Fai Sulatane in Wajir to reconsider the October verdict on the preferred gubernatorial candidate, saying several items were not factored in when the announcement was made.

“We respectfully disagree with the outcome and seek that the decision shall be set aside,” the letter addressed to the Fai Sulatane and signed by the four clerics under the Muntada Ulama Fai, said in part.

Although the group did not include their grounds of appeal on the letter and reserved it for their date with the Sulatane,  sources privy to the situation intimated to Kulan Post that their call for redress is mainly based on four key issue.

Firstly, the Ulamaas want the Sultanate to explain what they based their choice of the preferred candidate on: was it age, career or wealth.

“They basically want to see the scorecard,” the highly placed source stated “so as to address the confusion being felt by the two candidates left out.”

Secondly, the candidate seeking the endorsement of the Fai Sultanate was asked to come with five guarantors who were then subjected to oath. The Ulamaas want to understand why the Sultanate were not subjected to the same process and left entirely on their conscious to decide on a candidate.

Thirdly, one of the candidates, Ugaas Sheikh Mohamed, maintains he was promised express endorsement of the 2022 elections when he stepped down for Mohamed Abdi in 2016. They want clarifications on why his appeal is not being heard and considered.

Lastly, when the verdict was declared on October 31, both Ugaas Sheikh and Hassan Wehliye launched their campaigns. They believe the parallel seek of votes by the two candidate from the vote-rich Fai clan will divide the support base, increasing the likelihood of loosing the top seat to other competitors. The clerics insist that the platform for appeal will clear the doubts and nurse the post-verdict political discord.

“It’s important to note that the decision rendered by the institution ( hereinafter sultanate) on the gubernatorial position on 30 October, 2021 has caused political commotion within the candidates,  their supporters and the general public in equal measures,” the clerics observed while delivering the appeal.

The added that: “The Fai  Community is now more divided than ever before, since the decision was renders by The Sultanate.  It is in our view that such decision is disastrous and it will have severe  ramifications on our political endeavours and that of the community.”

The clerics further stated that: “We make this appeal as members of this community and in the best interest of the community and request you to deem this matter ripe for appeal and allow and have the issue readdressed and also the concerns raised herein.”

Kulan Post contacted the Sulatane to confirm receipt of the letter and their reaction, none was offered by the time of publishing this article.

The letter comes at a time when calls to defy the Sultane verdict is gaining momentum.

Just last weekend, Ugaas Sheikh held a rally at Orahey grounds. The MP and the MCA for Tarbaj, Issa Garore and Ahmed Bashane attended the rally. Ugas critisised the process that saw Hassan Wehliye declared the flagbearer of the Fai voters.

“I cannot say they were compromised. I will not question their (Sultanate) integrity, but the time for others to decide for us is over. It’s one-man-one-vote,” he stated.

The Ulamas, riding on a wide range of opinion, noted they are worried that with the prevailing political confusion, the community may not attract potential political allies from the rest of the county