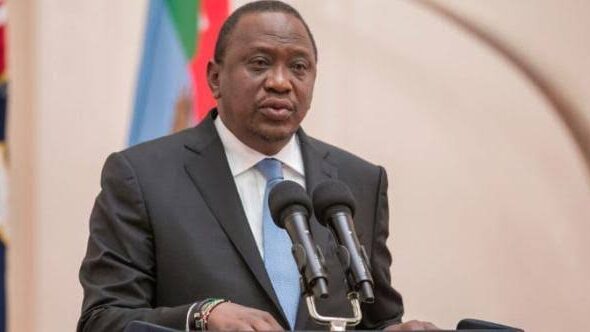 NAIROBI—Kenya’s President Uhuru Kenyatta on Friday announced a halt to all movement in the capital Nairobi and four other counties on Friday as the COVID-19 outbreak reached its worst ever stage in East Africa’s richest economy.

In a televised address Kenyatta said a wave of new lockdown measures, including a stricter curfew, the suspension of in-person schooling and the closing of bars in the capital, were essential to fight the COVID-19 spread.

The new measures will immensely effect the Muslim faithfuls who will have to forgo most of the religious activities usually undertaken during the month of Ramadan since mosques will be closed.

As Muslims embark on a new experience of observing Ramadan solely within their own homes, there are other considerations such as not venturing out for shared meals, communal prayers or to perform acts of charity to help others.

“For the second year in row, we won’t be able to share meals with family members and attend taraweeh and tahjud in the mosque,” Abdirizak Maalim, a shopkeeper in Jamia Mall told Kulan Post.

Uhuru announced cessation of all movement into and out of five counties: Nairobi, Kajiado, Machakos, Kiambu, Nakuru, said to be disease infected areas, effective midnight tonight

The set of new measures said to avert a national health crisis, also involved suspension of nationwide physical learning in all institutions others than for students sitting the Kenya Certificate of Secondary Education Examinations (KCSE) and those in medical training institutions.

Curfew hours have also been revised to 8pm-4am in the zoned areas, but shall remain from 10pm-4am in the other parts of the country, effective midnight.

The President also announced suspension of places of worship and bars. Restaurants have been directed to offer take away services only, this is in the five counties.

All gatherings in the said counties have also been suspended.

The third wave has strained Kenya’s health facilities, with the country’s positivity rate now at 20%. The rate of infection has gone up 10 times between January and March 2021. Rising death rate from COVID-19 is also a concern in the country.

Nairobi county accounts to close to 60% of reported cases countrywide.

Earlier in the day, President Uhuru Kenyatta directed the entire Cabinet and Executive Office to get the COVID-19 vaccine as the government scales up the roll out exercise.

State House Chief of Staff Nzioka Waita made the announcement on Friday as he received the jab.

“As the Government scales up the roll out of the national COVID-19 Vaccine program , H.E the President has directed his entire Cabinet & Executive Office to lead by example & get the jab! Received mine this morning under the watchful guidance of the Ministry of Health vaccination team,” said Waita

Related Topics:Kenya news
Up Next