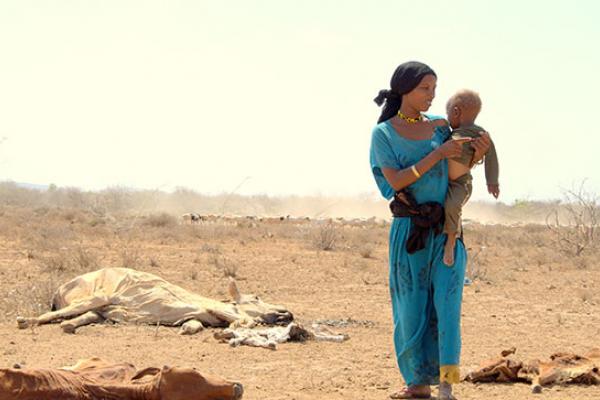 GARISSA—Hundreds of resident of Ijara sub county have migrated to a neighboring country in search of pasture and water for their livestock due to a severe drought ravaging parts North Eastern region.

Preliminary spot check revealed that residents in droves moved to Somalia while others relocated to Lamu and Tana river counties after the prevailing situation became unstainable after all water points in the region ran dry.

Ijara leaders lead by former chairman of ijara county council Mr Mohamed Gure and Abdikadir sheikh Hassan appealed to the national and county government to come to the rescue of resident to avert a looming humanitarian crisis.

He asked the county and the national government to dig more water pans in the region.

However, the department of water and sanitation through the PS water in garissa county Mr Ahmed abdinoor said two water Bowser for water trucking in Ijara and Hulugho sub counties were dispatched to contain the situation.

He stressed that the water trucking was strictly meant for domestic consumption and for livestock until a time when the situation will be under control.