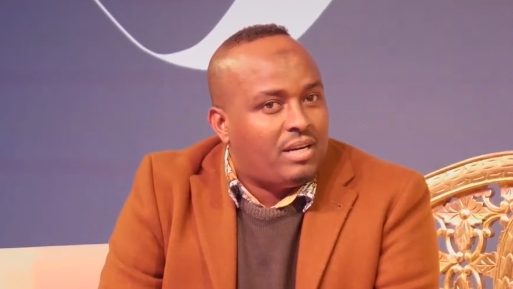 NAIROBI—Artist who linked Mogadishu’s rampant terror attacks to Somali leader’s refusal to grant Somaliland autonomy has apologized over the remarks.

Speaking in Manchester during his tour of the UK, Mohamed Said popularly known as “Mohamed BK” said he was “sorry about the Saturday car blast in the Somali capital,” adding that his comments were taken out of context.

“To Allah we belong and to Him we shall return. I condole with the families who lost loved ones in Mogadishu on Saturday and extend my heartfelt apology to the people of Mogadishu and the Somalis wherever they are,” BK said during interview with the Universal TV.

The controversial singer whose hit songs such as “Nolosha Cusub So Dhaweey” ganered millions of views on YouTube stated that he would visit Mogadishu “in the new future” to make up for the “damage his statement caused.”

BK was referring to comment he made on-stage, stating that for Mogadishu’s peace “depends on Somaliland’s independence” during a concert to mark the #SomaliWeek.

BK is from the Southern city of Hargeysa, the capital of the self-declared state of Somaliland.

“If there’s anything I will ask of Somalia and its leaders, it’s to let somaliland gain its independence,” the singer said.

“If they do that, this attacks and deadly blasts will come to an end…because we (Somaliland) are their (Somalia) brothers and we demand to get our wish,” he added.

Bk was speaking hours after the Saturday’s car bomb outside a tax collection centre in Mogadishu, where more than 77 people were killed and over 150 others injured. Over 32 university students died in the blast.

The blast struck a checkpoint during the morning rush hour at the start of the working week in the capital Mogadishu. Mohamed BK’s comments attracted harsh criticism on social media where people termed his statement a “mockery of the dead.”

On separating politics and music, BK vowed “not to meddle in politics again.”

The singer’s apology comes 24-hours after a petition was set up on Change.org demanding that his visa revoked over “hate crime.”

Ayan Aden, the petitioner, said: “This (Mogadishu) attack in particular hurt something deep within both young and old Somalis everywhere alike.  Yet at that moment Somali Singer decided to use it to push his political agenda and incite hate.”

She added that BK’s comments “contradicts our British and Somali values and we cannot have this man continuously use his platform to mock the dead, segregate Somalis and cause political tension.”