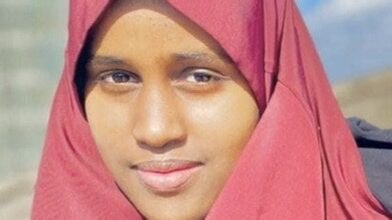 NAIROBI—Outrage and concerns have been raised over the rising incidents of kidnapping and abductions of children, girls and individuals across the country.

The Council of Imams and Preachers of Kenya (CIPK) North Rift Chairman Sheikh Abubakar Bini said the rising incidents of kidnappings and killing of victims have raised serious security concerns among citizens and asked Kenyans in collabora- tion with security apparatus to stop the sad trend of missing, murdered children, girls and individuals in society.

In the recent weeks there have been many cases of children missing, mostly younger women and school-going girls,while others are being kidnapped and killed never to return to their homes.

On Friday, Standard Seven girl at a school in Eastleigh went missing, but was later found “safe and sound” according to her family. Earlier in the day, Kulan Post reported that Hibo Farah left home at 6am but never made it to the school.

Fear has gripped Nairobi on Thursday morning after video emerged of a badly wounded woman requesting her parents to pay ransom for her release.

The woman—Hafsa Luqman—went missing earlier the week, according to family members. She’s a businesswoman based at the Kamukunji Trading Centre.

“Please pay for my freedom,” Hafsa said in the 35- second video sent to her parents by unknown people who are holding her captive. They demanded that they be paid Sh 5 million for her freedom. Hafsa appears tortured, terrified, in pain; her lips swollen and the face covered in blood stains. Blindfolded, her legs and hands are tied.

“Say it in Swahili,” her captor orders.

Just as the news of Hafsa was doing round across the social media platforms, a new victim was reported missing.

Hafsa Abdulwahab was last seen at her watermelon store in Kayole. Family members said they reported the matter at the local Directorate of Criminal Investigations (DCI)

“Her clothes were found at the store stained in blood and the shoes she last wore was left at the scene,” noted a family member who did not wish to be named.

“The detectives said they would get back to us by close of business today but we are yet to get information,” the family member added.

The DCI told Kulan Post that the department set up a special team to deal with the new case.

“We (DCI) formed a team to investigate and put the perpetrators to book. It’s a new case and we can’t divulge further information at this juncture,” a statement by the DCI sent to Kulan Post said.

The families of the missing women are appealing to the public to share any information with the authorities for proper location and identification of the suspected abductors.

Speaking to the Friday Bulletin, Sheikh Bini expressed concern over increased cases of kidnappings of especially young children and juveniles, female members of wealthy families, business persons, government officers and tourists adding that there is need for concerted efforts to address the trend to protect Kenyans from kidnappers.

He strongly condemned the kidnapping saying it is gross violation of human rights and noted that victims of kidnappings en- counters varied negative treatments and conditions such as physical abuse, sexual abuse, being killed, mental/psychological abuse, confinement and isolation, poor feeding and being drugged.

“We strongly condemn the constant attacks on children and abductions of girls and individuals across the country. This is a gross violation of children’s rights and a horrific experience for young girls and individuals to go through – one which could have long-lasting effects on their mental health and well-being,” he said.

The CIPK chair pointed out the ripple effects of kidnappings is undermining peaceful co-existence of communities, scaring investment opportunities by both Kenyans and foreign investors leading to Kenya’s classification by international institutions in the category of countries with high threats of kidnappings and said Kenyans need to report suspicious activities early and immediately.

“Kidnappings and abductions have many the negative consequences or repercussions such as fear among victims and other community members, disruption of social peace, post -traumatic stress and depression, loss of funds through ransom and reduction of economic investment

Unit within the National Police Service to focus on detection and prevention of crime against vulnerable children and said government needs to develop and deploy new strategies to deal with the new threats to the security and safety of children and Kenyans in general.

On his part, Chairman of Family Resource Centre (FRC)Sheikh Abdullatif Abdulkarim underscored the importance of good parenting during the early stages of child development and urged parents to be on the lookout and fully participate in the good moral development and growth of their chil- dren.

“I encourage parents not to forsake their parental responsibilities but monitor closely the activities of their children to protect them from strangers and Kidnappers,’’ he said.

Hafsa: A note I slipped through a window opening saved my life