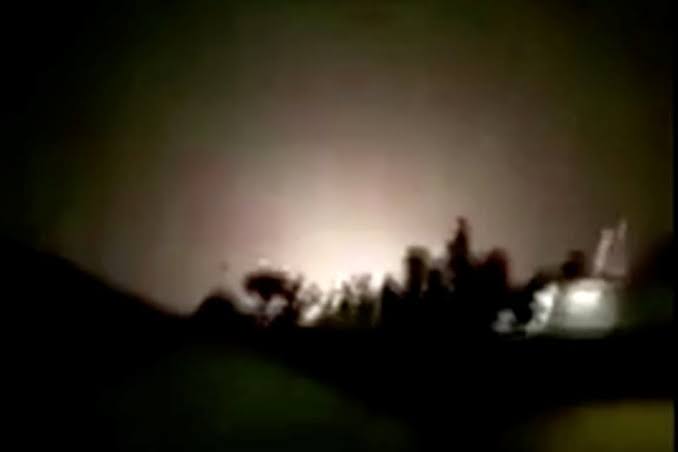 Iran had fired more than a dozen ballistic missiles at two military bases in Iraq where American troops are stationed on Tuesday evening, the Pentagon said.

Al-Asad air base in Iraq’s Anbar province, which hosts a US contingent, was hit at least six times, the US military confirmed.

“At least one other base in the northern city of Erbil was targeted in the attack which commenced around 1.30am local time on Wednesday (10.30pm GMT),” the Pentagon said in a statement to the media.

It added that it was assessing whether any American troops had been killed or injured in the strikes. United States officials said there were no immediate indications of American casualties.

US President Donald Trump re-assured that “All is well!”on Twitter post. He later vowed a strong response to any Iranian attack on American targets and headed for a meeting with White House top national security advisers, including Defense Secretary Mark T. Esper and Gen. Mark A. Milley, the chairman of the Joint Chiefs of Staff, to discuss possible retaliatory options.

Iran’s Islamic Revolutionary Guard Corps (IRGC), of which Suleimani was a member, issued a statement saying: “The brave soldiers of IRGC’s aerospace unit have launched a successful attack with tens of ballistic missiles on the al-Asad military base in the name of martyr General Qassem Suleimani.”

Mohammad Javad Zarif, Iran’s foreign minister, also seemed ready to stand down, for now. “Iran took & concluded proportionate measures in self-defense,” Mr. Zarif tweeted. “We do not seek escalation or war, but will defend ourselves against any aggression.”

Related Topics:FeaturediraqSoleimaniUS base
Up Next