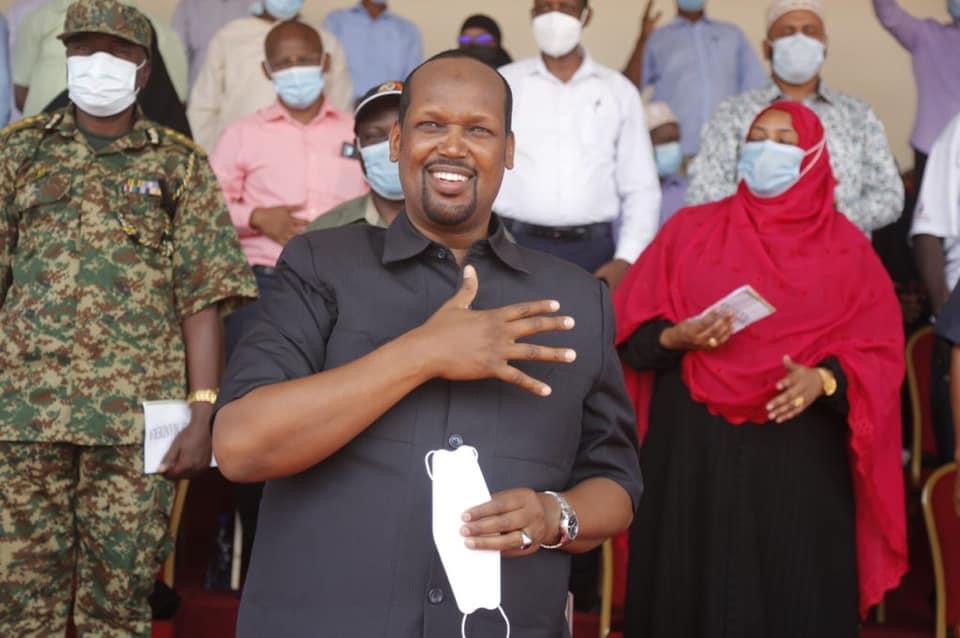 MANDERA—Two-term Governor of Mandera County, Ali Roba has declared that he’s not yet ready to call it quits on politics when his reign ends next year.

Speaking during a “Kanjo” pass out parade in Mandera town, Roba said he would make his next move in politics known “soon.” But when the crowd insisted that he runs for the position of the county senator, he did not ignore the suggestion.

“You want me to be in the Senate and protect the devolution funds?” Roba inquired.

“Yes. Go for that,” the crowd responded.

“I have no problem but don’t go around telling people that I am going for that (Senate)seat,” he noted.

His comment comes at a time when there are talks about his next move.

Roba, alongside other local leaders, witnessed the pass over of 383 county law-enforcement officers who displayed various set of skills ranging from silent drill to slow and quick march among other various skills acquired during an intensive 50 days training at NYS, Naivasha campus.

“I urge the new officers to always uphold high integrity and ethical standards as they execute their public service mandate,” said Governor Roba.