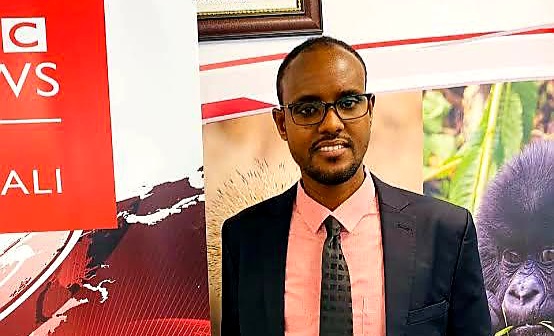 Muhyadin Ahmed Roble was arrested by officers from the Anti-Terror Police Unit who drove him to their main station. He’s now out on bail.

The arrest of Muhyadin, who was appointed head of the Services in 2020, follows more than a year-long investigation into his Kenyan status.

According to a police statement, Muhyadin is accused of “fraudulent acquisition of Kenyan documents, forgery and illegally collecting information.”

He has also reportedly refused to obey sermons by the government agencies for months, forcing the officers to raid the BBC’s offices.

Witnesses recounted how the operation caused tension at the bureau as the officers demanded to carry out the arrest. Hours later, the BBC management handed the suspect to the police, ending an afternoon packed with drama.

The detectives further revealed that Roble came into the country using a Somali passport and “even attended a local university as a foreign national using his Somali passport, but later acquired a Kenyan ID.”

Other sources also confirmed that Mr Roble’s passport was on the red list for months, which means he was a flight risk and was not allowed to travel from any exit point in the country.

Reports say the managers at the Cooperation hesitated for hours to comply with the request by the arresting officers but later gave in.

Roble was last week summomed by the heads of the BBC Africa who wanted to get his side of the story.

Kulan Post reached out to the BBC’ press office in London for comment. An email response by Rima Armstrong, the PR officer for the BBC stated that: “We do not comment on individual staff matters.”