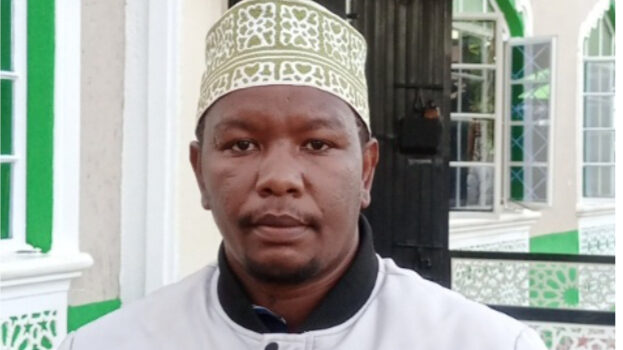 NAIROBI—Influenced by research about Islam and later dedicated his life to promoting the Muslim faith, Ramadhan Kuria Kaguo embraced Islam at the age of 22 years.

Although his hometown is in Mukurwe-ini in Nyeri County, Ramadhan was born in Kericho in 1983 to a Christian mother and father and educated in Nyeri, where he attended Emmaus Bible School.

After inquiring about the religion of Islam by attending several open air Da’wah functions around Nairobi in 2005, 22-year-old Ramadhan became a Muslim, describing his new faith as reasonable and logical.

“Before I became a Muslim, I always differed with the clergy on the way of worship in the Christian faith which is totally opposite of the teachings of the Bible. Most teachings claimed to be from the prophets are more of Islam than Christianity. So I did my research and after a couple of months I declared my Shahada (Muslim profession of faith), and I became a Muslim. Alham- dulillah,” he said.

He attended a comprehensive program for reverts at Jamia Training Institute where he gained the basic knowledge of Islamic religion. On his new journey, he stopped working at Research Institue because they were deal- ing with haram products, which his new religion did not permit him to handle such. He then started selling audio Quran and Islamic lectures from famous Sheikhs in form of compact discs (CDs) around Mosques to sustain himself.

Ramadhan later got an opportunity to work with Kenya Council of Imams and Ulamas (KCIU) in Nairobi where he got to aquire more knowledge about Islam from the likes of Sheikh Muhammad Swalihu and Ahmad Uthman, the Imam of Jamia Mosque Nairobi and Landhies Mosque respectively.

“While in KCIU, I did a lot of studies into Islam, as well as seeking knowledge from the sheikhs who were around the offices,” he noted.

In 2008, Ramadhan wrote his first book titled “Uislamu Katika Mwangaza wa Quran na Bibilia” and in 2011 he pro- duced a Digital Video Disc (DVD) “How to pray in actions- Swahili version” to help the new revertees on how to pray. Ramadhan then got a chance to work in another Da’wah oriented organisation, Munadhamat Da’wah Al-Islamia, where he was sponsored to go and study Da’wah programs in Sudan.

He then came back and formed his own Da’wah organisation known as Straight Path Association which has four active members with their main aim being spreading the religion of Islam in the grassroots of Kenya.

Ramadhan started becoming instrumenal and in 2016 he was invited in Dubai at Markaz Al-Maalumat Al- Islamia to give a lecture to new revertees.

In 2018, he went to Bahrain and attend- ed training for Da’wah and Mosque tour guide organised by Discover Islam Organisation.

Ramadhan is involved in the conversion of about 2000 people across Kenya and has a YouTube channel (Straight Path Da’wah) where he does fundraising for mosques and converting people to Islam.

“My main achievement since I joined Islam is seeing people converting to Islam,” he said while adding that gift of Islam is another achievement in his life.