Jubilee not pushing for any "handshake" in Wajir---Aden Duale 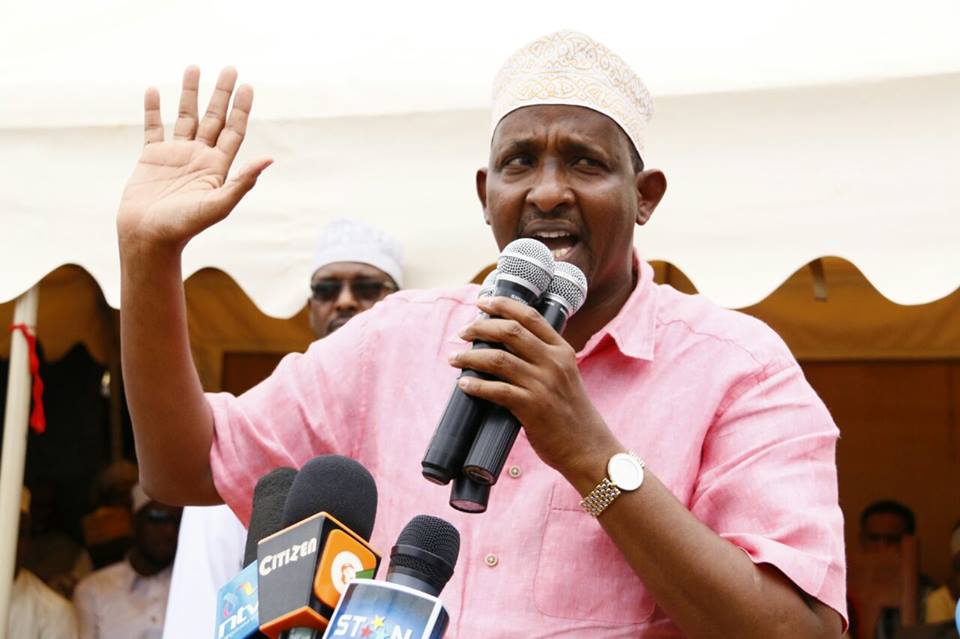 Responding to a question posted to him by Kulan Post on the same, Duale said Jubilee believes in the rule of law and will wait the outcome of the court case that is now before the Supreme Court.

“We are not pushing for any handshake, Jubilee leadership believes in the rule of law and justice for all and we will wait the outcome of the court case,” Duale said.

The Garissa township legislator however said that reconciliation and working together by the county’s political leadership can greatly benefit the people of Wajir.

“Reconciliation and working together by the political leadership is of more important to the great people of Wajir, elections come and go but people of Wajir will remain the same,” Duale stated.

Last Sunday, former governor of Wajir Ahmed Abdullahi  said he was ready for a handshake, adding that he never rejected pleas to extend an olive branch to his successor, Mohamed Abdi.

The former governor and an aspirant in the last elections, Ahmed Muhumed have challenged the election victory of Wajir governor at the High Courts on September, one month after the polls.

On January, Justice Mabeya ruled in favor of the petitioners, saying the embattled governor did not have a valid degree. He added that the election was not conducted as per the electoral laws of the country.

Lost his case at the High Court, Mohamed Abdi moved to the Appeals Court flanked by his main backer, Eldas MP Aden Keynan.

On April, a three-judge bench upheld the High Court ruling. The governor has since moved to the Supreme Court.

“If they want reconciliation, I am ready and I have always been ready. But they have to stop challenging us at the courts so that we can ask the people of Wajir to renew our mandate,” Ahmed Abdullahi noted.

The case is expected to be mentioned at the Supreme Court on Monday.

Seven mosques to be closed and Imams expelled in crackdown