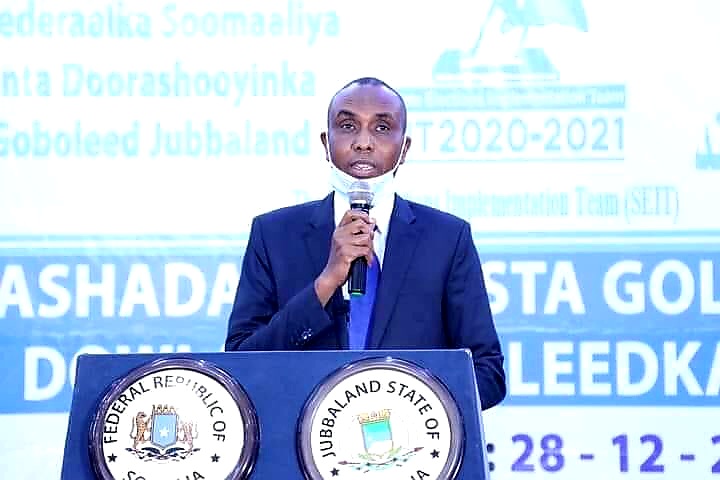 Hamza who is also an MP of the House of the People—the 11th Parliament of the Federal Republic of Somalia—was elected on 28 December 2021 in kismayo, the interim capital of the Jubaland State.

The new Prime Minister has previously served the country in different capacities. He was the chairperson of the Jubaland Independent Boundaries and Electoral Affairs between 2019 to 2020 and as a senior advisor on managerial affairs to then Mayor of Mogadishu between 2014 to 2015. Hamza also served as the former Secretary-General of the Peace and Development Party PDP; now Union for Peace and Development Party, whose leader is Hassan Sheikh Mohamud.

The new PM spent majority of his time in improving the community, especially the education sector. He is the co-founder of Kismayo University, where he served as the Deputy Rector-Cum-Director of Academic Affairs. Hamza also worked as the Deputy General Registrar and Senior Lecturer at Mogadishu university.

Hamza, 48, is a Somali citizen born in Kismayo and is married with eight children.

By appointing Hamza as the new PM, President Hassan Sheikh has done a major political inclusion. Hamza is the first person from the Ogaden clan to be Somalia’s Prime Minister. This means President Mohamud will have easy and smooth relationship with leaders from Federal States unlike his predecessor whose major political problem was Jubaland’s leader Ahmed Madobe and Puntland’s Abdullahi Deni.

Madobe and Jubaland will have to work with the new Government since the new PM is from Kismayo. The Ogaden—largest Somali clan—control the Somali State in Ethiopia and have considerable political power in Kenya.

“By picking Hamza who is politically from a strategic background, educated and experienced, (President) Hassan Sheikh appears to be using one stone to kill multiple birds. Therefore, President Hassan has lived up to his politcal slogan of “Somalia at peace with itself and rest of the world,” noted Mohamed Shakur, a news reporter in Nairobi.

Challenges for the new Prime Minister

The first challenge for the premier-designate is to beat the curse that comes with this position. There is no single Prime Minister who was appointed and has finished the 4-year term and the big question people are asking is whether Hamza will survive the turbulent politics of Mogadishu and finish his constitutional mandate.

The other challenge, experts opine, is to help the government resolve diplomatic stand-offs left by the administration of Mohamed Abdullahi Farmajo. The diplomatic challenges includes improving relations with countries like Kenya, Egypt and UAE.

Finally, he will have to help the President to continue the process of debt relief an initiative started by the former president, Farmajo and Ali Kheire, his first premier.

The ball is now on the court of the Federal MPs who have the power to reject or approve his appointment.