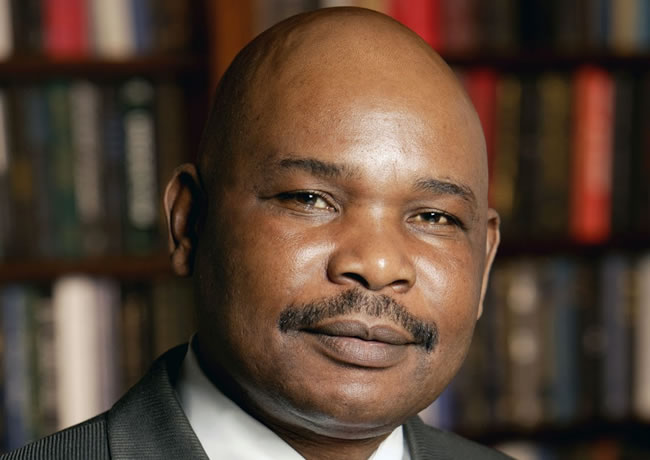 NAIROBI—A Kenyan law professor is now suggesting that countries bordering Somalia dismember the nation as way of stopping the instability and insecurity.

In a tweet that caused lengthened debate on Sunday, just after the deadly Mogadishu car blast that killed over 75 people, Professor Makau Mutua suggested that the war-torn could on be saved through division of its people and land by neighboring countries such as Kenya, Ethiopia and Eritrea.

“For God’s sake, Somalia is beyond reclamation. Post-colonial’s Humpty Dumpty has reached its nadir. Let’s face facts — neighboring states need to DISMEMBER so-called Somalia and take all of its parts for the sake of the world,” the law professor at the US based Bufallo School of Law and opinion leader with weekly column on the national newspaper, The Standard said.

Mutua, a candidate for the post of Kenyan Chief Justice during the 2016 search for the top judge, tagged State Counsel Ahmednassir, his main backer in the race, in the tweet.

Ahmnednassir, knowns as “Grand Mullah” challenged the professor on his sentiment, equating his tweet to suggesting a similar approach for every country which experiences terror attack, including Kenya where Al Shabab staged bloody attacks in high end neighborhood in Nairobi and along the frontier counties of Wajir, Garissa, Mandera, Tana River and Lamu.

“So everytime a bunch of terrorists kill innocent civilians you dismember a country?…and this from our EMINENT Professor…Africa SHIDA MOB… (Africa has big problem),”

Prof Mutua responded that it was viable option since the continent’s borderlines are mostly “legal and moral nullities.”

“No Grand Mullah.  Many African post-colonial states are moral and legal nullities — unviable entities.  It’s not just Somalia.  Why should Gambia and Lesotho exist, or even Chad?  We need to abolish many of them, consolidate others, and disaggregate a number of them,” Mutua replied.

The controversial first black dean of a law school in the history of New York State, who once declined to refer Uhuru Kenyatta as “President” stated that it was part of his agenda to disown the current boundaries since: “…we owe nothing to African post-colonial states because most of them are dysfunctional.”

Former deputy speaker and Garissa politician, Farah Maalim wondered if any country could remain in Somalia once perceived as an invading nation.

“Ask the experienced Ethiopians & Americans when they tried to muscle their way into Mogadishu. Then ask yourself if our Kenya can survive such for half a day. My good friend Ethiopia was never the same after Mogadishu & TPLF lost for good. They will easily send us to hell. Avoid!” Farah tweeted in reply.

Prof Mutua’s comment attracted angry response from Somalis on Twitter who denounce the comment and challenged him to take back his statement exuding confidence that the country will bounce back to its past glory before it went to the dogs.