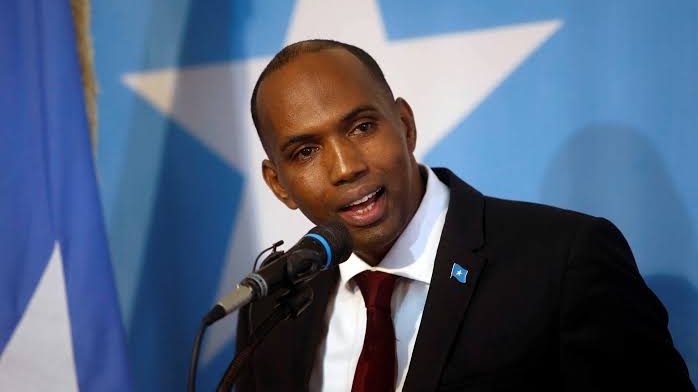 ‪Elections will be held at its appointed time and there’s no room for extension, the Prime Minister of Somalia announced.‬

‪Premier Ali Kheyre made the comment during a virtual ministerial conference on Thursday as the country prepares to debate the way forward.‬
‪ ‬
‪Kheyre said any attempt to “extend period would offer a breeding ground for political conflict and constitutional crisis.”‬

‪“The polls have to take place on the date stipulate in the Law. We must go past this narrative of period extension ,” PM Kheyre said.‬

‪“Any attempt of such nature will lead to political, security and constitutional crisis,” he added.‬

‪The PM was speaking ahead of planned meeting between the leadership of the Federal Government headed by president Mohamed Farmajo and the five leaders of the federal regional administration to address the crisis around the election date.‬

‪“We must understand what an electoral process devoid of crisis means for the public and the future of the nation,” Kheyre noted, adding that the cabinet agreed to work towards streamlining the effort to conduct the polls.‬

‪Somalia joins the league of country’s that cannot hold elections – not because of the coronavirus as in the case of Ethiopia but because of preparatory challenges, the elections chief has disclosed.‬

‪According to National Independent Electoral Commission head, Halima Ismail Ibrahim, the NIEC has ruled out holding elections which were scheduled to hold on November 27.‬

‪She told lawmakers that the earliest an election could hold in the country was in March 2021. In her address to the lower house of parliament, she presented two options – an election based on biometric registration which would be possible in August 2021 or a manual-based registration that can be held in March 2021.‬

‪The issue of upcoming elections has been a big issue in the Horn of Africa country with incumbent Mohammed Abdullahi Farmaajo certain to seek re-election. A united opposition front, involving two former presidents, is also lacing its boots to challenge him.‬