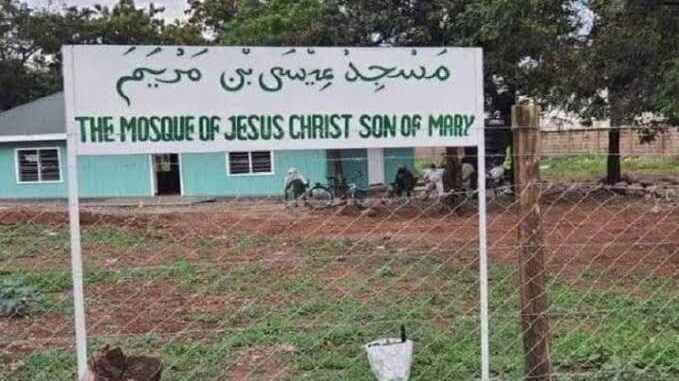 KISUMU—Sheikh Hassan Mwenyeheri has been appointed the Imam of the newly inaugurated Masjid Issa Ibn Maryam in Kisumu.

His appointment was announced on Sunday last week by the Chairman Kisumu Muslim Association (KMA) Sheikh Musa
Ismail Haji after an Islamic darsa from Sheikh Jamaludin Osman who is the deputy Imam of the Jamia mosque in Nairobi who was visiting Kisumu and Nakuru for three days as part of his Da’awah tour.

Sheikh Hassan is one of the renowned Islamic scholars who has served in various mosques in Kisumu and is also one of the prominent Madrassa teachers in the Lake side city.

Among his primary responsibilities and duties would be to lead the five daily prayers, deliver Khutbas (Friday sermons), offer counseling and guidance services, engage in Da’awah programs and organizing educational lectures in the mosque among others.

At the same time, Sheikh Musa has disclosed that an Islamic center and community library will be set up at the mosque located in Kisumu’s Kaloleni estate.

He pointed out that the two facilities to cater for the educational needs of new Muslims would be constructed with support from the Da’awah Development Group (DDG) in partnership with the Dar al Ber Society of the United Arab Emirates.

“Plans are in the pipeline to construct an Islamic center and community library at Masjid Issa Ibn Maryam to promote education and spiritual development of new Muslims. The projects will also be re- source center to provide information on religious matters and other knowledge,’’ he said.

The Masjid Issa Ibn Maryam came into being after a protracted 30-year court battle pitting the Muslim Association against the Seventh Day Adventist Church (SDA) over ownership of a parcel of land.

The tussle ended in October last year when a Kisumu court ruled that the piece of land belongs to the Muslim community.