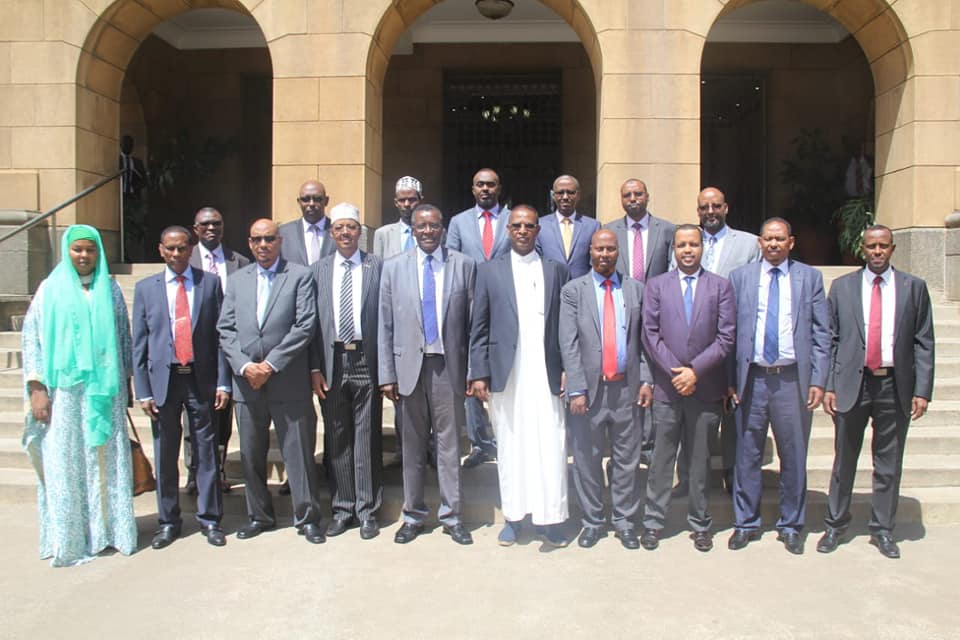 NAIROBI—Legislators from Northern Kenya on Tuesday met with the Chief Justice to push for recruitment of more Khadis and establishment of high courts in Wajir, Garissa and Mandera towns.

Their call comes amid fresh onslaught on Khadis court by federation of Kenyan churches ahead of the proposed constitutional amendment slated before 2022.

It’s not, however clear if the legislators challenged the Chief Justice on the Hijab ban, a Supreme Court ruling on late January that allowed a school in Isiolo to bar Muslim girls from wearing a headscarve,a religious identity.

“We discussed a number of issues regarding Judiciary service… recruitment of additional Khadis in Northern Counties, opening of High Court in Mandera, Wajir, Marsabit and Isiolo,’ Tarbaj member of parliament, Ahmed Bashane said.

Wajir South Mp Dr Mohamud Oomar said Justice Maraga welcomed their suggestions and vowed to pick it up with the JSC.

“The Chief Justice has welcomed our discussions, opinions and solutions to some of the judicial bottleneck our communities face. He reiterated that he would like to see communities across all corners of the country are able to access the judicial service,” Omar said.