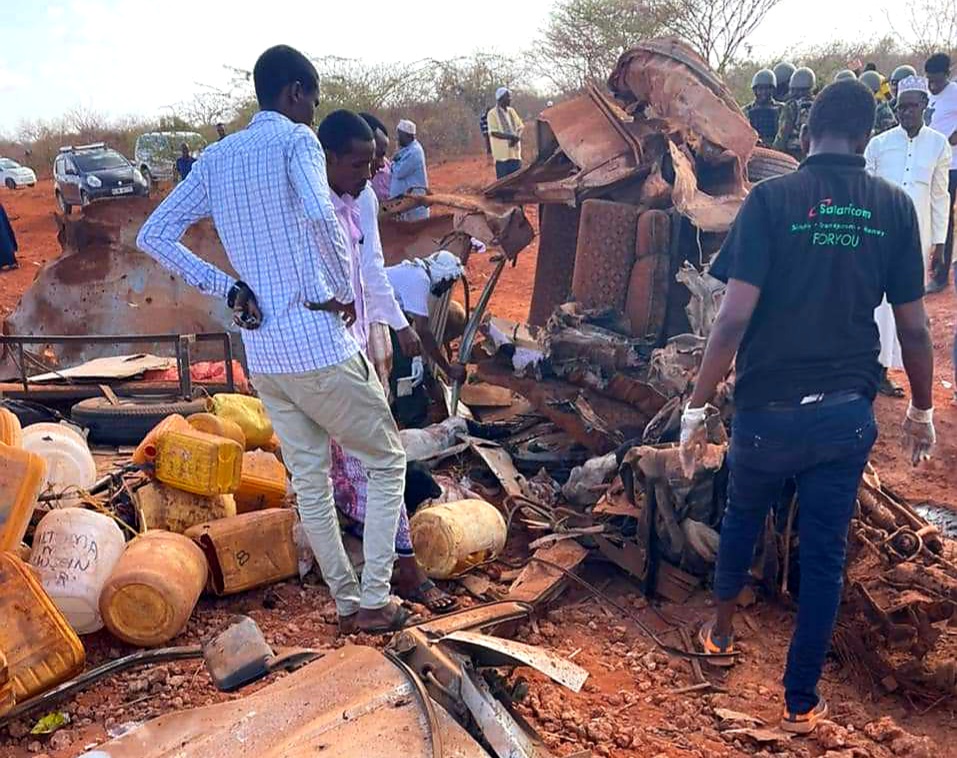 MANDERA—At least eight passengers have been confirmed dead and 2 others injured after a bus they were travelling in ran over an improvised explosive device (IED) in Hagarsu , Mandera East.

The ill-fated minibus was plying the Arabia-Mandera route. The passenger were headed to Mandera from Arabia hown. The injured have been rushed to Mandera Refferal hospital .

Related Topics:#ManderaArabiaattackBusLatest Mandera News
Up Next