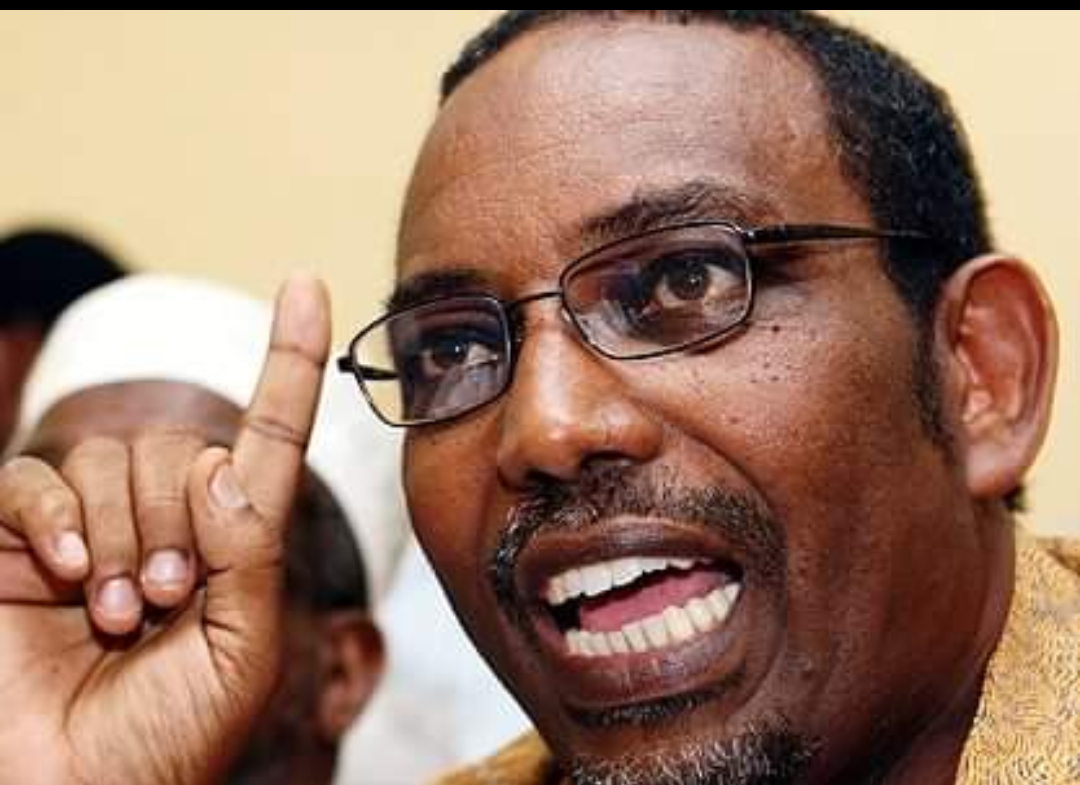 NAIROBI—Former Kenyan deputy speaker and pundit in Horn of Africa politics has put the blame on the United Arab Emirates (UAE) and the Saudis for stocking Somalia’s instability and putting hurdles on its way to recovery from three decades of civil war and anarchy.

Farah Maalim said the gulf states are threatened by Somalia’s road to stability and discovery of large oil and gas deposits.

“If you ask me what is the problem with Somalia? My answer is Saudi Arabia and UAE and everybody else is an agent or chance profiteer. ReasonsOil/Gas scare for Saudis and global transit traffic for Dubai,” Farah tweeted on Wednesday, two days after the Somali spy agency said a foreign nation was behind the Saturday Mogadishu blast that killed more than 75 people.

“If Somalia develops its Oil/Gas& modern ports on East Coast Saudi  and UAE will lose,” he added.

Somalia’s relationship with the UAE has deteriorated steadily since 2017. The wealthy Gulf state seems determined to “punish” Somalia for refusing to take sides in its diplomatic dispute with Qatar, actively withdrawing military support.

“Following the Somali President’s perceived declaration of neutrality in the gulf diplomatic crisis, the UAE increased its support for the President’s rivals, in particular, the Federal Member States that challenge central Mogadishu rule,” Nathan Paul, a journalist who investigate non-traditional security threats, wrote on the Global Risk Insights.

Several Somali politicians have accused the gulf states, particularly the Emiratis of pushing for rise in political and armed conflict in Somalia by funding Federal States to denounce Mogadishu authority in what experts say is a front to Somalia’s sovereignty.

“The UAE needs to be aware that it is playing with fire if it exploits these divisions. Disrupting the fragile state of stability that Somalia is slowly working towards does nothing for the UAE’s ambition to be seen as a key peace broker in the region. The same can be said over the UAE’s refusal to take responsibility for its role in militant funding in the country,” Nathan noted.

In 2017, a company owned by the United Arab Emirates government signed a $336 million contract to expand the port of Bosaso, north of Mogadishu in the semi-autonomous Somali region of Puntland. This deal was preceded by

another one that saw UAE owner company took full control of the Berbera port in the breakaway northern region of Somaliland and pledged up to $440 million to develop it.

In April of last year, the Somali government nullified the agreement between DP World and Somaliland for control of the port. The Somali Foreign Minister, Ahmed Isse Awad, accused the UAE of being arrogant and disrespectful while arguing that DP World cannot legally sign the agreement without the consent of Mogadishu.

Somalia is close to vital oil routes and its ports could also serve landlocked Ethiopia, which has a population of 100 million.

“Somalia has been caught in the middle of this effort to try to expand influence, commercial and military, along the coast,” said Rob Malley, president of the International Crisis Group, a think-tank.

As the rest of the international community has never seriously engaged in Somalia, Gulf countries have become one of the key players in the country where even super powers such as US hate to meddle.