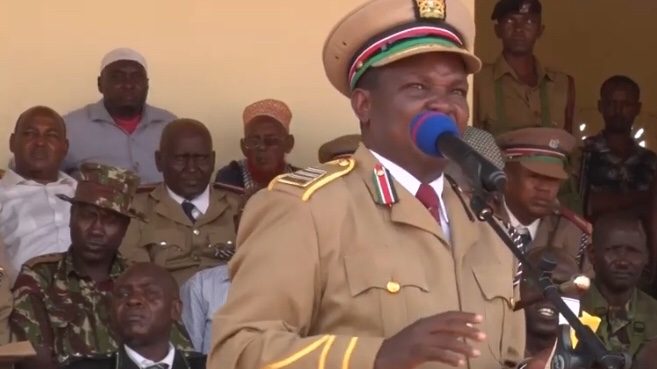 MANDERA—The issuance of national identity cards in Mandera has been suspended indefinitely due to corruption claims, top county security official has said.

While delivering the notice during the 56th Jamhuri Day celebrations in Mandera town, the County Commissioner of Mandera, Onesmus Kyatha said the exercise was infiltrated by corrupt officials and local administrators who extort money from poor service seekers.

“I’m stopping this exercise due to corruption cases and claims of extortion,” Kyatha said..

He added that some of the youths seeking the vital document were forced to part between sh2,500 and sh 3,000 to get pass to the vetting committee before acquiring the waiting documents locally known as “Kusug.”

Some of them, he said, were even turned away for failing to pay on the pretext that they were not locals.

“I’m really disturbed by this kind of treatment because when I was applying for ID during my time, I only got the school certificate to prove myself and I acquired it (the ID),” Kyatha narrated.

The Commissioner also cited plot by the immigration officials and local chiefs to aid politicians to register non-Kenyans for the exercise, adding that some of the applicants who acquire the ID are not even Kenyans but aliens from across the border.

“Don’t accept that kind of extortion to continue,” Kyatha urged the locals who earlier complained of corruption.

He said he would personally go round high schools in the area to map out students of age who are eligible to acquire the ID card.

Youths in Mandera have long complained of explicit demand for bribes and favoritism from the vetting committee who demand bribe as high as sh 10,000, a figure most of the applicants can’t pay. This leaves the local youths out of the exercise while offering opportunity for non-Kenyans from Ethiopia and Somalia to acquire the card.

The national identity card is a vital document that is used as prove of citizenship and lacking it could render one jobless.

“This will not continue under my watch,” Kyatha assured.

He also cautioned MCA against pushing for more people to register by pressuring the officials to by-pass the process of acquiring it all in the hope of increasing their voter base ahead of the next elections.